DUBLIN ZOO has opened up a brand new wolf habitat called 'Wolves in the Woods'.

The state-of-the-art enclosure, which will be home to the seven grey wolves at the zoo, has been under construction over the past few months and is now officially open to the public.

The zoo has described it as a "large and stimulating area" for the wolves, and the 4,000 square-metre habitat includes a "stunning water feature, a dedicated feeding area and three visitor observation shelters."

The design of it was reportedly inspired by the natural habitat of the grey wolf.

“Every detail of the habitat has been considered carefully with the wellness of the wolf pack in mind and the design was inspired by their natural habitat,” zoo director Leo Oosterweghel said. 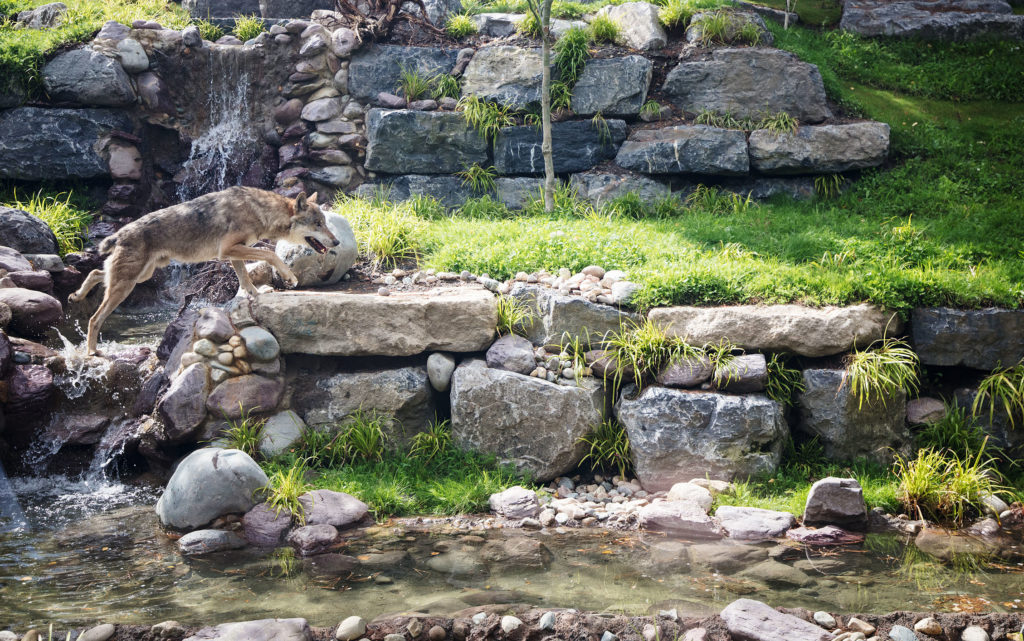 "The opening of Wolves in the Woods is yet another milestone on our journey of redeveloping Dublin Zoo into a world class zoo and provide an excellent visitor experience," he added.

"I am delighted to say that the wolf pack have adapted to their new habitat very quickly. They are very comfortable and confident in their new surroundings."

Grey wolves once roamed the forests of Ireland, but by the late 1700s, most of their habitat had been destroyed and they were hunted to extinction, with the last reported sighting of a wolf in the country coming in 1786 in Co. Carlow.

In the wild, Wolves need large spaces to wander and to hunt, and they're constantly on the move. As the population of Ireland rose sharply in the 1500s and 1600s, space for these wolves to roam without human interaction vastly diminished.

Wolf pelts were a valuable export, particularly in the wake of the Cromwellian wars, wolf-hunting became extremely common. Despite maintaining a sustainable population of around 1,000 wolves in the late 1600s, numbers eventually declined and the grey wolf was gone from Ireland a century later.

Some wildlife activists calling for the wolves to be reintroduced, along the lines of a successful one carried out in Yellowstone in the US from the 1990s.