THERE WAS a flurry of applications for Irish passports in the UK over the years following the controversial Brexit referendum.

Figures revealed by Ireland’s foreign minister, Simon Coveney, show just over 422,000 applications were made in the UK over the years running from 2016 to 2020.

The numbers appear to have ratcheted up during the final years of that period with an astonishing 120,800 issued by the Irish embassy in London over the course of 2019 alone.

It has been noted that these figures do not include any data for Northern Ireland, where citizens are entitled to dual British and Irish nationality as part of the Good Friday agreement.

The publication of the passport application data comes after it was revealed that famed spy thriller author John Le Carré became an Irish citizen prior to his death. 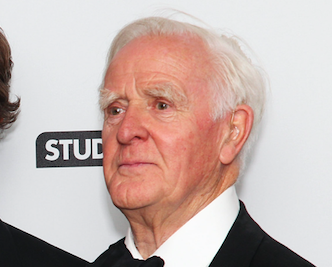 A writer best known for the English spy character George Smiley, Le Carré was so dismayed by the result of the Brexit vote he took Irish citizenship prior to his death last December at the age of 89.

“He was, by the time he died, an Irish citizen,” Nicholas Cornwell, his son, revealed in a BBC Radio 4 documentary.

“On his last birthday I gave him an Irish flag, and so one of the last photographs I have of him is him sitting wrapped in an Irish flag, grinning his head off.”

Le Carré qualified as an Irish citizen through his maternal grandmother, Olive Wolfe.

Under the rules governing Irish citizenship anyone with a grandparent, living or deceased, from the country is entitled to a passport once they enter into the foreign birth register.