A BRITISH man who is estranged from his Irish mother is on a desperate hunt to locate her relatives in Ireland.

His mother left Dublin for Devon on her own as a single mother after falling pregnant out of wedlock in 1961.

"She moved here on her own. I think it was probably because she was pregnant with me and out of wedlock; it wasn't talked about, it was the 1960s, there was probably a lot of stigma to an unmarried mother. Catholic and unmarried," Mr Bulley told The Irish Post.

The last time Eamonn was in contact with his Irish family in Dublin was when he was about 12-years-old when he attended his maternal grandfather's funeral in Dublin, with his mother and stepfather, along with his two younger half brothers.

"We flew over from St. David's Exeter airport," said Eamonn, who would love to hear from his mother's Irish side of the family again.

Describing his aunt's house in Dublin, Eamonn recalls its vast size. "She had three or four children and it was a really big house. That's all I can remember about it", said Eamonn. "I do remember we all had to stay together in the front room," he added.

Mr Bulley has some symptoms of Autism spectrum disorder (ASD) and so has difficulty with short and long-term memory.

This makes it hard to remember much about his trip to Ireland, but he does recall accompanying his mother to Ireland on one previous occasion. 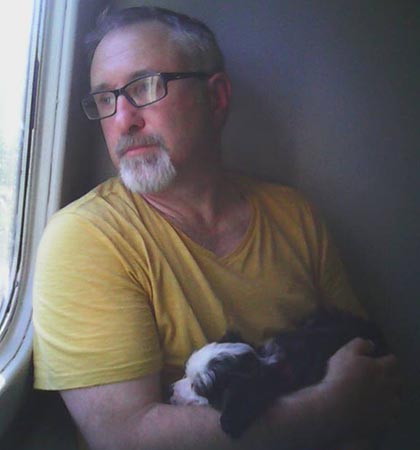 As an adult, Mr Bulley joined the airforce where he worked first as a fireman, then moving into catering.

He has been married twice, and helped raise three of his ex-wife's three children.

His adoptive father passed away, but Eamonn says he failed to attend his father's funeral because of a family dispute with his half brothers.

This resulted in a further breakdown in relations with his mother, who he would not see again until she turned up with his younger brother to his home in Halifax, where he was living with his second ex-wife Sheila, in the mid 1990s.

He remains on good terms with Sheila Haigh-Ryan who originally contacted The Irish Post for help finding Mr Bulley's relatives.

A few years ago Eamonn received a letter claiming to be from a solicitor informing him that his mother Frances had died.

Just a few days ago, when Mr Bulley contacted one of his step brothers he found out his mother is in fact, still alive and living in England.

Mr Bulley told the Irish Post that he is still trying to get his head around the dramatic news that his mother is alive.

With no close bond to his immediate family in England, he is desperate to find the aunts and cousins he visited in Dublin in the 1960s so he can rekindle the link with his mother's family, and maybe even find out who his biological father is.

Man blames octopus in road for car crash, is arrested for drug driving