THE BROTHER of an 11-year-old boy killed during The Troubles has warned the British government that victims’ families in Northern Ireland will continue to seek justice.

Speaking to The Guardian, Emmett McConomy warned the British government they “were not going to go away” even if an amnesty was introduced for military personnel serving in the region.

However, McConomy has sent a clear message to the British government: the families of those killed in the conflict will not be silenced.

“We’re asking that we be listened to, because we’re not going away,” he told the newspaper.

“Victims’ families in Northern Ireland want to see justice, and they are asking for the truth to come out.”

Emmett’s older brother Stephen died after he was shot in the back of the head with a plastic bullet fired by a soldier in Northern Ireland nearly 40 years ago.

According to McConomy, Stephen was shot at close range by a soldier in an armoured car in Derry as he walked away from the vehicle with his hands in his pockets in April 1982. 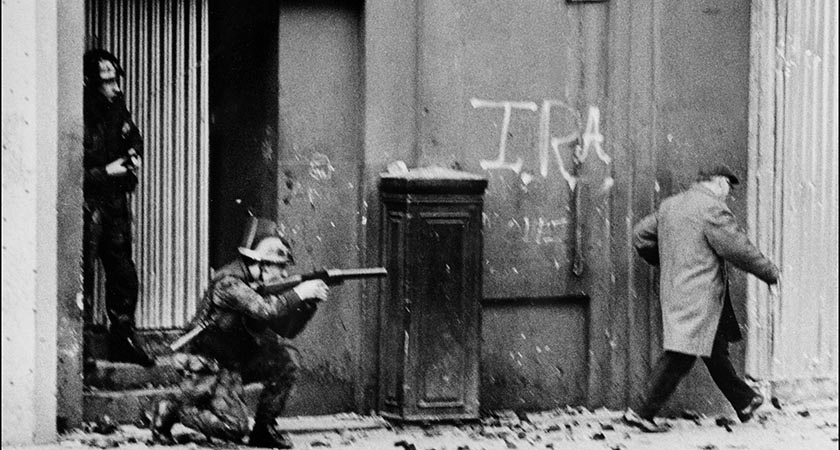 In a subsequent investigation by military police, the soldier - whose name is known – claimed he fired at the boy accidentally.

However, McConomy says the soldier refused to let him or any of the others he was with help Stephen after he was shot and also “threatened to shoot other kids who came to his aid.”

An inquest the following year returned an open verdict on the killing.

The McConomy family have been campaigning for a new investigation into Stephen’s death ever since.

McConomy’s mother, Maria, passed away without getting justice for her young son but he is determined to get to answers.

“If it was an accident, shouldn’t the soldier want to clear his name?” McConomy asked The Guardian.

“My brother was a child when he was killed. Shouldn’t people be held accountable to what they did that day?”

Despite Mr Johnson’s proposals, McConomy and the families of victims of the Troubles have the support of the Northern Irish public.

A previous consultation in the Northern Ireland found a “clear majority” of the public felt an amnesty for Troubles-related matters would be inappropriate.