CAMPAIGNERS fundraising to restore the unmarked grave of Irish football legend Patrick O’Connell are confident they will meet their goal this year.

The team behind the Patrick O’Connell Memorial Fund have already raised £3,000 of their £5,000 target, which will allow them to clean, maintain and place a “proper memorial” at the site.

Despite an impressive footballing career – which saw Dublin-born O’Connell line out for, captain and manage Manchester United – he died destitute in in 1959 and received a pauper’s burial at St Mary’s Cemetery in London’s Kensal Green.

Born in 1887, the Irishman’s life took many illustrious turns as the sport he loved took him across the world, drawing a legion of fans internationally.

It began with a position at Belfast Celtic before he was transferred to Sheffield Wednesday for the princely sum of £50, Fergus Dowd of the Patrick O’Connell Memorial Fund told The Irish Post this week.

He went on to play for Hull City before taking a starring role at Manchester United - where he became the team’s first Irish captain in 1915. 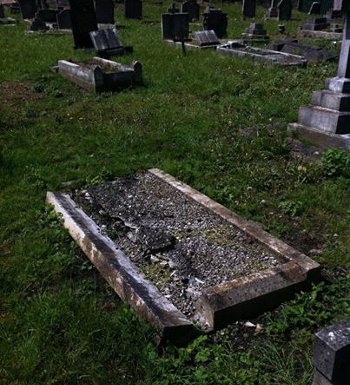 This weekend the Patrick O’Connell Memorial Fund team will host an event at Manchester’s Irish World Heritage Centre to mark the centenary of O’Connell’s MU captaincy and also raise money for their grave restoration fund.

“On April 10, on the weekend of the Manchester derby, we will host a fundraising evening to raise funds to restore the unmarked grave of Patrick O'Connell, the first Irishman to captain Manchester United,” Mr Dowd explained.

“We are working with Patrick's grandson Mike O'Connell, who lives in Leigh, in Lancashire, on the project, which aims to ensure the life of this impressive man from Dublin is marked properly, as sadly to this day Patrick is buried in an unmarked grave in London.”

A number of Manchester United and Manchester City players, past and present, will attend the event this weekend or have signed shirts that will be auctioned on the night.

So too have a raft of Spanish players, who also claim O’Connell – known to them as ‘Don Patricio’ – as a national treasure.

Following his time at Manchester United the Dublin footballer made his way to Spain, where he managed a number of clubs over the years.

He is best remembered, however, for leading Real Betis to their first and only La Liga title in 1935 and is also credited with saving FC Barcelona from General Franco during the Spanish Civil War, when he was in charge at the Camp Nou.

This week FC Barcelona President Josep Maria Bartomeu lent his support to the fundraising campaign, claiming: “Patrick O'Connell may not be as well-known to younger generations, but he was a brave and loyal coach who gave himself to the Club during a very difficult time here, an epoch of civil war.”

He added: “He left an indelible mark on every club he spent time with, greatly contributing to an increase in the popularity of football.”

The Patrick O'Connell Memorial Fund was founded last year, at the Belfast Celtic Museum at the city’s Park Centre, by a small group of football fans from across Ireland and England.

Their primary aim is to raise funds to erect a fitting  memorial at O’Connell’s London's grave – a goal they believe they will reach this year, with a ceremony potentially being held at the cemetery in September.

They are also working with sculptor John McKenna to create a bust of O'Connell to be presented to FC Barcelona.

Since the Fund was launched, more than 35 signed shirts have been donated by world football legends to support the fundraising campaign - which are currently on display at the Belfast Celtic Museum.

Already this year the Manchester Professional Footballers Association and the Sheffield Wednesday Supporters Group have each donated £1,000 to support the grave restoration project.

Tickets are still available to attend ‘An Evening of Red and Blue for Don Patricio’ at the Irish World Heritage Centre this weekend. Tickets for the event, which takes place from 7.30pm on Friday, April 10, cost £15 each. Click here or call 0161 2054007 for further information.