MOTHER AND Baby Homes campaigner Catherine Corless has accused the members of a commission set up to report on the homes of showing a “lack of respect” for the survivors.

It comes after Professor Mary Daly, who is part of the commission tasked with investigating the matter, revealed key testimony from several of those who experienced the conditions at these facilities was left out of the final report.

Speaking during an online webinar, Professor Daly argued that the commission could have “integrated the confidential inquiry into the report" but ultimately decided “it would have taken a lot of additional time” and “hundreds of hours of cross-checking, rereading against the other evidence available from registers and so on”.

The remarks sparked anger and outrage from survivors with several government figures, especially after the previous promises that a full and thorough investigation would take place.

Taoiseach Micheal Martin is now calling for the Mother and Baby Homes commission to come before an Oireachtas committee and explain the specific work they are doing.

Corless is among those to have campaigned tirelessly for a full inquest.

Speaking on Newstalk Breakfast this week, the historian and campaign condemned Professor Daly’s remarks for showing "absolutely no respect for survivors or their families".

"It has been a revelation really, to hear Mary Daly saying precisely what we felt and what we thought from the start: that it was a terrible report, we weren't satisfied, a number of the survivors were very upset and hurt over it.

"It was just left at that and we had hoped that the committee would come back to the Oireachtas and speak - maybe with a selected group of survivors - to tell us exactly what happened.

"And now we realise that they knew all along - the committee had never intended to use the survivors' testimonies at all.

"They went up and they felt they were giving their testimonies so that justice would be served to them and to their families.

"But now we realise that it was a useless exercise in the first place, and why they did it is beyond me.

"It showed no respect, absolutely, for survivors - it wasn't survivor-orientated at all". 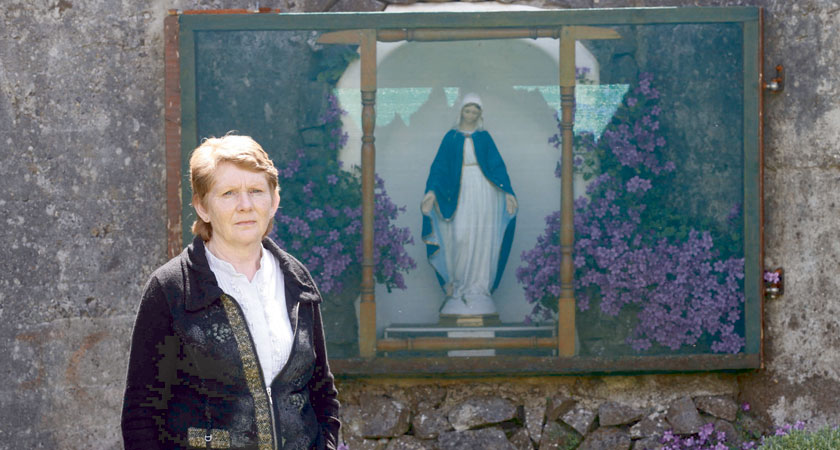 Corless was particularly scathing of the decision to put survivors through the ordeal of giving testimony and reliving trauma only to ultimately find "a lovely way of just covering up everything again."

"They went up there and they opened their hearts and their souls, and they talked about their traumatic experiences and how it had affected them all their lives.

"And now realise what was it for? And then outcome the announcement that everything was going to be locked away for 30 years - a lovely way of just covering up everything again.

"I'm delighted to hear that Micheal Martin will be asking the committee to come back and face the Oireachtas.

"Knowing survivors and knowing the people I work with, they will welcome redress - but first of all they want justice.

"And nothing really has happened with all the apologies and all the promises, mostly of all as regards burials - that is just dragging its heels along".

Corless has pledged to continue fighting for answers and is urging the government to facilitate an open dialogue with survivors about what took place.