CATHOLIC BISHOPS are this week to debate whether they should block Joe Biden and other high-profile Catholic politicians from receiving Communion over pro-choice abortion views.

Catholic leaders from across the United States will gather for a virtual meeting, set over three days, later this week, to discuss whether Catholic politicians-- including their President-- should be allowed to receive Communion if their political beliefs go against the teachings of the church.

The debate has been sparked by Joe Biden's outspoken pro-choice abortion views, and while there will not be a vote on whether to block pro-choice Catholic politicians from receiving Communion, the result of the debate could lead to a formal vote.

The controversial meeting will take place at the US Conference of Catholic Bishops June General Assembly between 16 - 18 June, The Hill reports.

While some involved believe that Mr Biden should be made an example of, others warn against 'weaponizing' the Eucharist, and Pope Francis himself has warned against the move-- the debate will go forward despite this. 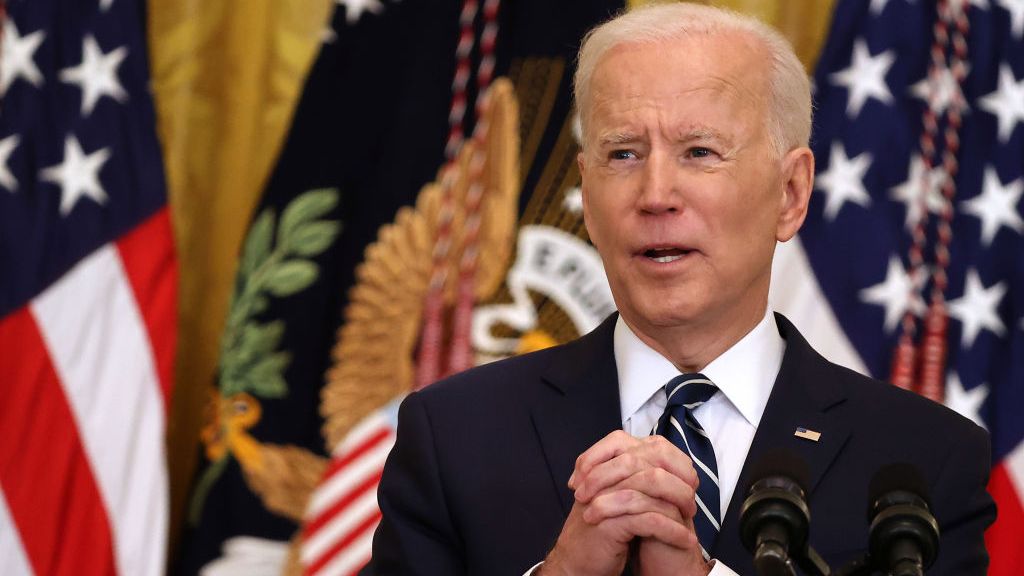 In February of this year, a US Catholic bishop said Biden should not call himself a "devout Catholic" because his stance on abortion is irreconcilable with the Church's teachings.

"The president should stop defining himself as a devout Catholic, and acknowledge that his view on abortion is contrary to Catholic moral teaching," Archbishop Joseph Naumann said.

"He cannot define what it is to be a Catholic and what Catholic
moral teaching is. What he is doing now is usurping the role of the bishops and confusing people."

The Archbishop, who is the chair of the committee's Pro-Life Activities, said Joe Biden's Catholic faith "presents a unique problem" for the church.

However, not all of the USCCB is in favour of the proposal: Bishop John Stowes previously told The AP that for Bishops to target Biden as "a negative example by his own church, that sets a sad context in which the church can deal with this Catholic president", adding that it "contributes to the polarization of the church and of society".

Joe Biden's usual churches have suggested they would continue to offer Communion to the US president, regardless of results of the USCCB's debate and potential subsequent vote.

Mr Biden is just the second Catholic in history to hold the office of President of the United States, after John F Kennedy.