A CATHOLIC SCHOOL has sacked a homosexual teacher in order to maintain its ‘Catholic identity’.

Cathedral High School in Indianapolis have been ultimately forced to part ways with the unidentified teacher because their status as a proper Catholic establishment as a stake.

The school described the decision to fire the teacher, who was in a same-sex marriage, as “agonosing” in an open letter which was published on Sunday. 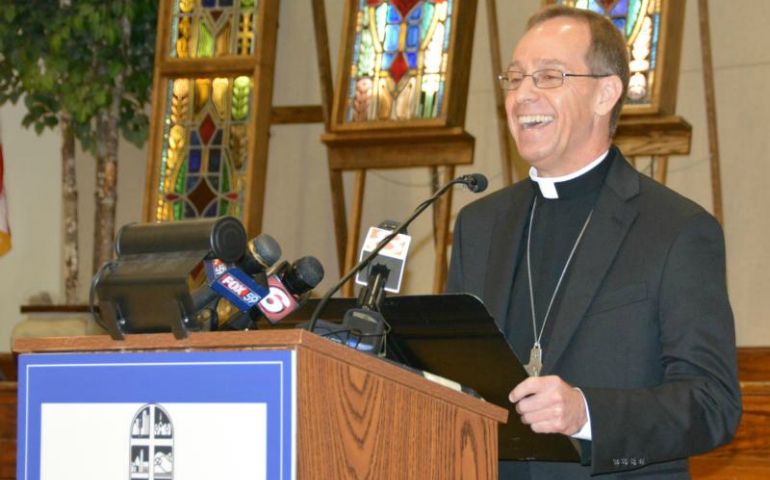 They cite pressure from their Archbishop, Charles Thompson, who was threatening to take away many of the school’s privileges if they didn’t comply, as reason for the sacking.

“In order to remain a Catholic Holy Cross School, Cathedral [High School] must follow the direct guidance given to us by Archbishop Thompson and separate from the teacher,” the letter read.

“Please know that we offer our prayers and love to this teacher, our students and faculty, our Archbishop, and all associated with Cathedral as we continue to educate our students in the Catholic Holy Cross tradition.

“We ask that dialogue about this difficult situation be respectful of the dignity of every person and that you continue to pray for our Cathedral family and the wider Indianapolis community.”

The school was being threatened with losing the ability to celebrate Catholic sacraments, and with no longer being referred to as a Catholic school.

It would have also lost its affiliation with The Brother of Holy Cross and would've lost its status to operate as a nonprofit school, had they kept the teacher on.

The school has over 1,000 students and has kept traditional Catholic values for over 100 years.

Archbishop Thompson has previous with such behaviour.

Last week he cut ties with a local high school due to their failure to fire a teacher in a same-sex marriage.

"Whether they teach religion or not, all ministers in their professional and private lives must convey and be supportive of Catholic Church teaching," read a statement by the Archdiocese of Indianapolis - who said they were 'distancing themselves from the school'.