From Ireland With Love shone their message of solidarity on the Cliffs of Moher (Image credit: Gavin Gallagher Photographer)

A GROUP of artists, filmmakers and technicians from across Ireland have used their talents to show solidarity with Gaza and Palestine following weeks of violence and unrest.

Over the weekend, an enormous message illuminated Ireland's iconic Cliffs of Moher in County Clare, showing just one word followed by a heart: Gaza.

From Ireland With Love organised the lightshow of solidarity following the " recent 11-day aerial bombardment of Gaza, in which over 240 people were killed, amongst them 68 children, and over 1,900 women, men and children seriously injured".

Those involved include artists, filmmakers, humanitarians and photographers, and of them, some previously spent time in Gaza as volunteers with Palestinian ambulances or working as documentary film-makers. 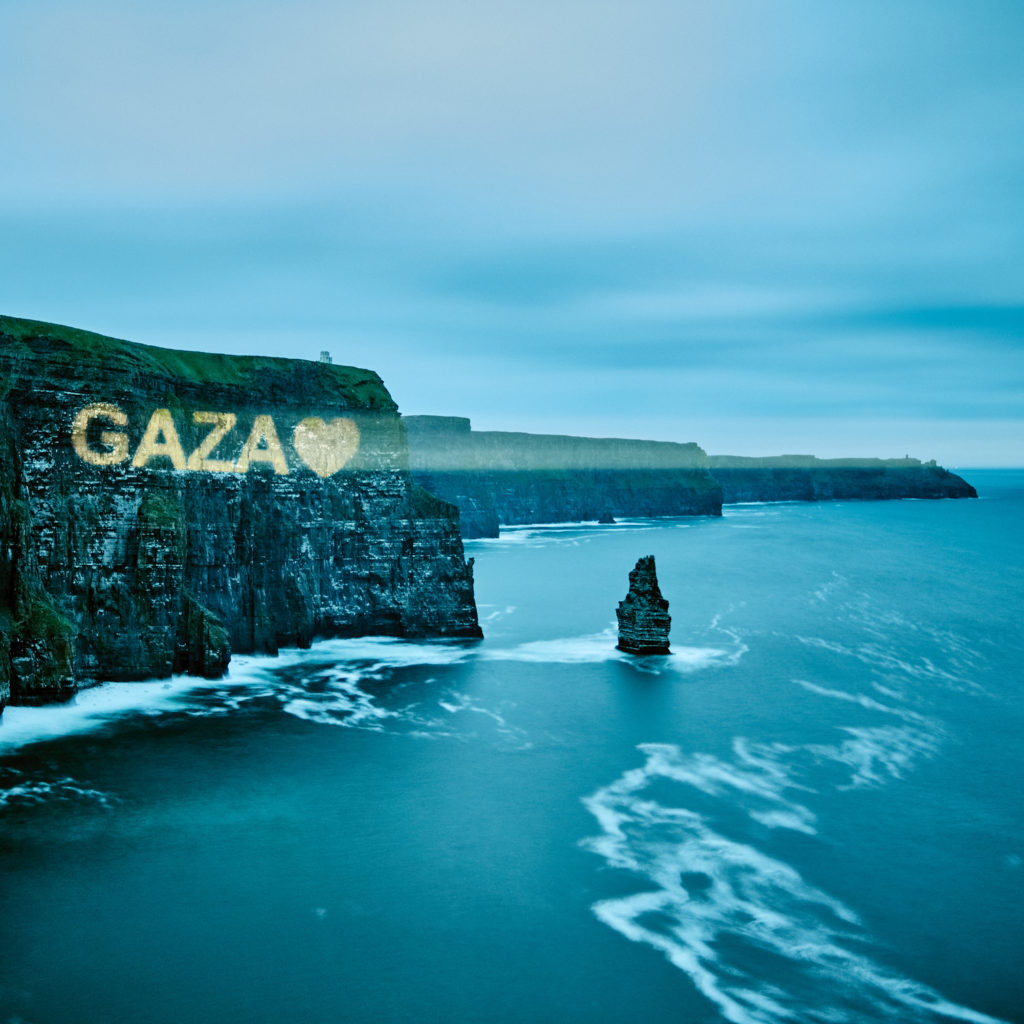 The cliffs were illuminated with a message of solidarity (Image: Maurice Gunning Photographer)

"The image was conceptualised as an addition to existent human rights and political advocacy and humanitarian support initiatives organised throughout Ireland," a statement from From Ireland With Love explains.

"The image is a symbol of both grief and empathy, and is particularly addressed to children in Gaza, both those who were killed and those who survived the killing of the rest of their families.

"Amongst many others, the image is dedicated to survivors 6 year-old Suzy Ishkontana, 5-month-old Omar al-Hadidi and 10-year-old Aziz Al-Kolak. It is also dedicated to Rola, Hala and Yara Al-Kolak, all under 12 years old, who were receiving trauma and psycho-social supports via the Norwegian Refugee council in the months leading up to their recent deaths."

One of the organisers of the message of solidarity is documentary filmmaker Dearbhla Glynn, who lives near the iconic cliffs and has also spent time in Gaza. 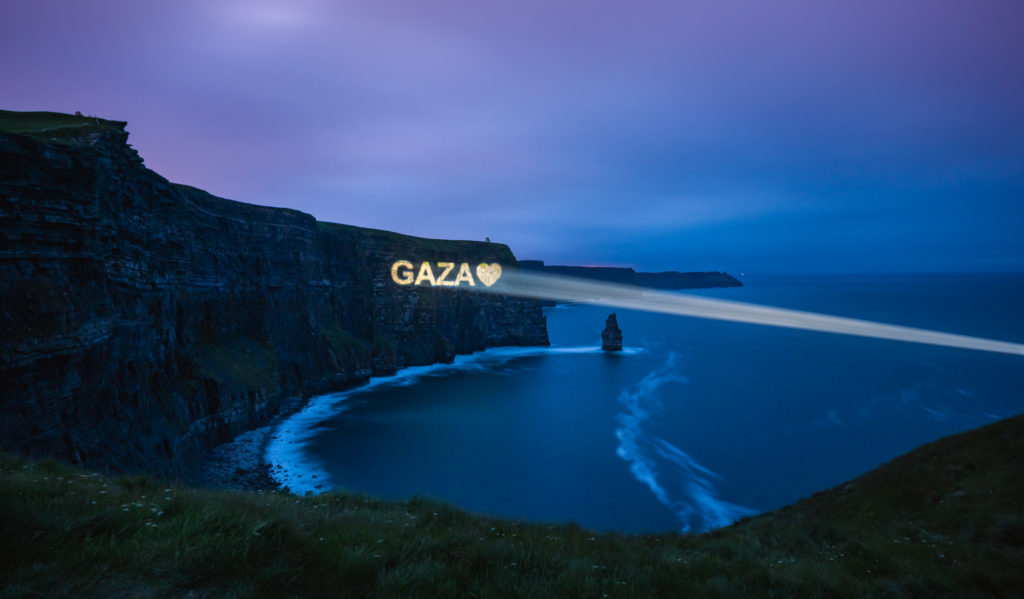 From Ireland With Love shone their message of solidarity on the Cliffs of Moher (Image credit: Gavin Gallagher Photographer)

Referring to the huge support already shown by Ireland towards Palestine, including the Government passing a motion which led to Ireland becoming the first EU country to condemn Israel's actions, she said:

"We wanted to add to the responses already organised across the country, using the medium of visual art.

"Through the image on the Cliffs of Moher, we wanted to project our solidarity, love and grief, for those who were killed and those who survived.

"Many of us felt so helpless watching the news from Gaza unfold, and this was a way to do something- even symbolic."

As well as the symbolic gesture, From Ireland With Love have established a fundraiser to assist Palestine and Gaza; you can donate or find out more by following this link.