A COLLECTION of previously unseen drafts of poems by Ireland’s Seamus Heaney have come to light after being purchased by a Cambridge College.

The treasure trove of photographs, drawings, letters, notebooks and papers previously belonging to the late Nobel Laureate had previously been in the possession of Co Sligo-based artist Barrie Cooke.

Included in the unique collection were several writings from fellow poet Ted Hughes.

Cooke amassed the unique collection through years of friendship with Heaney and Hughes.

They first came to light in 2013 when the artist showed them to an academic.

Incredibly, the writings include no fewer than 85 poems by Heaney, including multiple drafts.

The collection also features a series of notes penned by the Co Derry writer, including several drafts of lines for a poem on Heaney’s father. These lines went on to form the basis of 1991's An August Night.

Included in the papers is a new poem by Hughes based on the two Irish myths of the Morrigan, the goddess of death, and the Dagda, the god of wisdom. 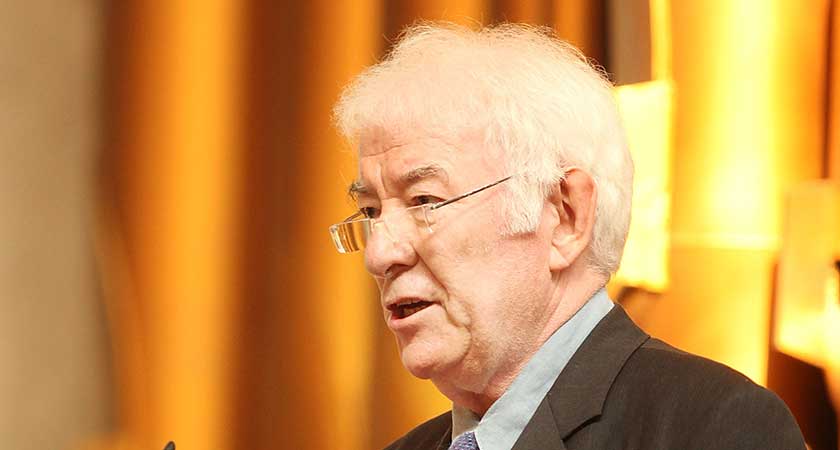 According to the BBC, the existence of the papers only came to light after Mark Wormald, a lecturer from Cambridge University, noticed Cooke's name in one of Hughes's fishing diaries.

Wormald subsequently visited Cooke 2013 – the same year Heaney died - where he was shown the documents.

Also included in the collection are several sketches by Hughes, who died in 1998, as well as some of Cooke’s illustrations and photographs of both Heaney and Hughes.

The collection is now set to be catalogues and conserved by Pembroke College in Cambridge with plans afoot to have many of the works put on public display.