AN award-winning Irish investigative journalist was made redundant shortly after approaching the home of Garda commissioner Martin Callinan, seeking to confirm he had speeding penalty points wiped out.

The story behind the compulsory redundancy of Irish Independent senior features writer Gemma O’Doherty has so far been ignored by Ireland’s newspapers and RTÉ - a move that has brought condemnation from journalists at top British and international publications.

A report on O’Doherty’s removal went viral on Wednesday after Roy Greenslade blogged about it in his Guardian column. This followed a report in the Phoenix magazine on the issue.

In his lead-in to the article, the veteran journalist said: “O’Doherty’s paper was ‘appalled’ at her making the approach [to Callinan’s home] without first informing her bosses.”

The editor in chief of the Dublin based Independent titles is Stephen Rae, a former editor of the Garda Review magazine, who at the time of O’Doherty’s approach, was editor of The Irish Independent.

While Jennifer Hough, page editor of the Toronto Star, tweeted: ‘Takes a UK paper to report this: Controversy over firing of leading Irish investigative journalist.’

Takes a UK paper to report this: Controversy over firing of leading Irish investigative journalist http://t.co/2LPESyklpf via @guardian

In the Seanad on Wednesday, Labour senator John Gilroy said: “I seek a debate on the freedom of the press in light of disturbing reports I have heard in respect of the sacking in recent weeks of an award-winning investigative journalist, Gemma O’Doherty.”

He added: “This case has been reported extensively in international media and social media but it does not seem to have generated any traction in our domestic media. When any journalist is sacked it is noteworthy, but when an investigative journalist of Ms O’Doherty’s standing is sacked this must raise great concerns for all democrats.” 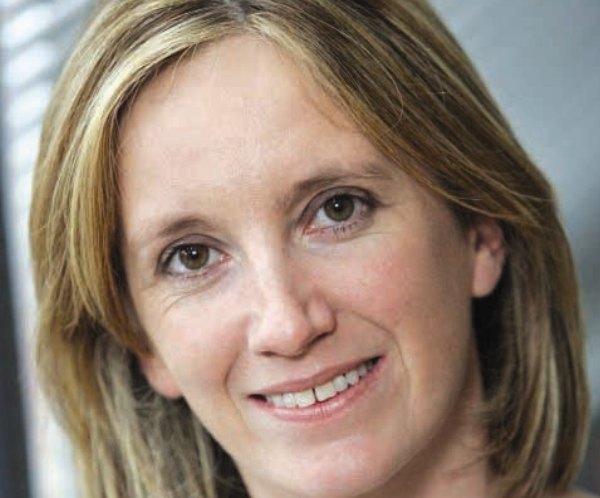 Gemma O'Doherty is a former features writer at the Irish Independent

Martin Conway, of Fine Gael, said: “I was also deeply disturbed to hear about the sacking of Ms Gemma O’Doherty. I was not aware of it. I know her and know her to be a very fine, capable, passionate and determined journalist… I would like to know more about how the sacking happened and the reasons for it.”

I feel slightly nauseous at this. One of Ireland's best investigative reporters was fired for doing her job: http://t.co/t67guumQ9q

O’Doherty, a journalist with 16 years experience working with the Irish Independent, was reprimanded by her bosses at Independent News and Media shortly after her approach to the Garda commissioner.

In the weeks that followed O’Doherty lost her title as travel editor with the Weekend magazine before she was forced to take compulsory redundancy.

O’Doherty is best known for her investigation of the death of Father Niall Molloy in 1985. Her reportage from 2010 onwards has led to the case being reopened.

The piece was headlined: 'Molloy’s murder will rock the state'.

The Irish Post contacted Independent News and Media for a comment but have not yet received a reply.