CONOR MCGREGOR has agreed to come out of retirement and fight Frankie Edger this December in a fight raising money for charity.

The Irishman announced his retirement from UFC earlier this year, following on from a controversial defeat to Khabib Nurmagomedov at UFC 229 in Las Vegas last October.

Despite appearing to walk away from the sport, the Notorious has spent much of the past few months hinting at a possible return.

While he has made no secret of his desire to secure a rematch with Nurmagomedov, the Russian has so far refused to even contemplate the idea of facing the 31-year-old in the Octagon again.

Now McGregor appears to have turned his attentions elsewhere after taking to Twitter to urge UFC president Dana White to book him in for a comeback bout against 38-year-old American Frankie Edger.

“Thanks pal, I said yes already it’s on you and [Dana White] to make it happen,” Edgar responded.

McGregor, 31, replied: “There you go [Dana] White, make the bout. Give my purse to charity. First responders.” 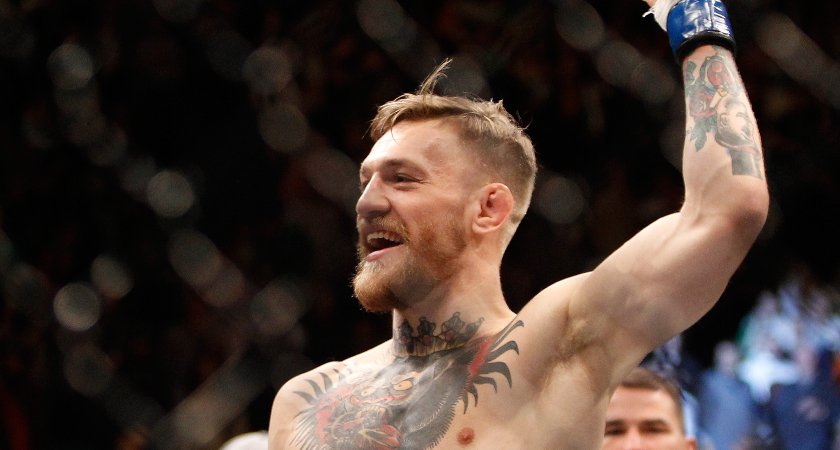 Conor McGregor was one of the people who dominated internet searches in Ireland in 2015. Picture: Getty Images

The Irishman is currently awaiting trial for the alleged assault of Desmond Keogh in a Dublin pub last April.

It’s a charge that has left McGregor facing a possible fine, six-month prison sentence or both.

McGregor has previously spoken of his desire to fight Edger.

He told ESPN’s Ariel Helwani:  “Who else is top of the list? Frankie Edgar is also up there on the list because he has similarities to Khabib.

“He runs on the back foot and shoots on the single leg. I want these sort of similar bouts.

“He said, ‘I want to tell my his grandkids I fought Conor McGregor’, one day.

“For me to hear that, ask Dana [White] — now this is going back many months now — I messaged Dana straight away and said, ‘That’s the fight to make’.

“Even though he lost to Max [Holloway] in a very close bout, I don’t care.