CONOR MCGREGOR is a distant relative of Kim Kardashian.

Even better than that, the two stars are linked by a famous figure from British history.

It all started when Daily Record journalist Craig Williams did a little digging into the Kardashian clan’s genealogy and discovered something surprising.

The Kardashians, it turned out, are distant relatives of legendary Scottish ‘outlaw’ Robert Roy MacGregor, or Rob Roy.

The Scottish rebel was famous for his role in the Jacobite rising of 1689 and famously took part in the Battle of Glen Shiel in 1719.

What’s also significant about the Kardashians’ link to Robert Roy MacGregor is the fact that the Scottish folk hero is also an ancestor of The Notorious.

The link also means both Kardashian and McGregor are related to the first King of the Scots, Kenneth MacAlpin – Rob Roy’s father.

McGregor has often spoken of his heritage and link to the Irish branch of the MacGregors. 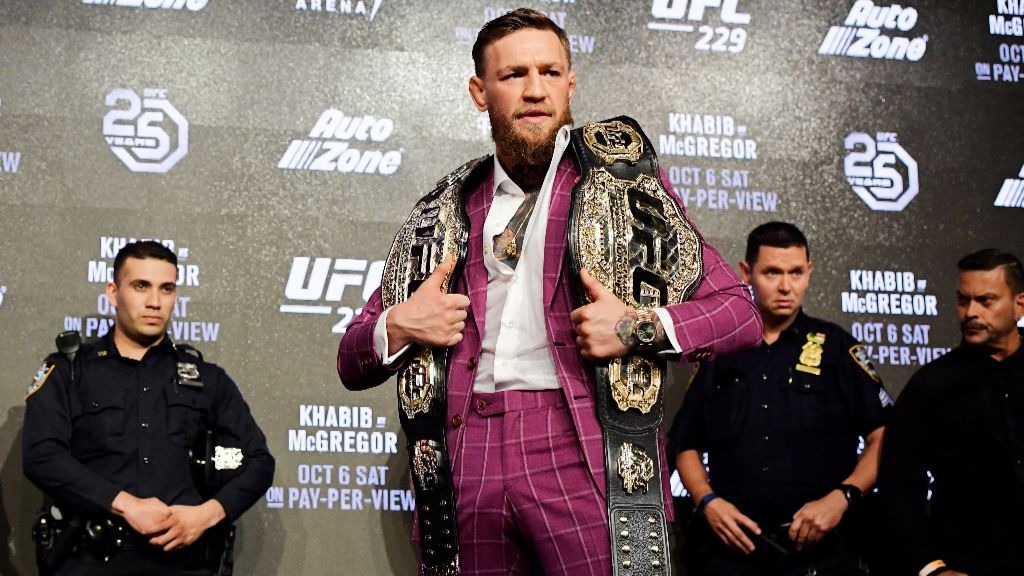 In 2015 he said: "My family originated from the Scottish Highlands, they fought for their independence.

"It's something that runs in my family's history, I've become obsessed with that a little bit.

"It reiterates to me that I am on the correct path my family was on before me.

"We are not in fields anymore, we are in the Octagon, we are in arenas filled with thousands of people with millions of people viewing.

"It gives me added motivation to fight.

Reacting to the news, the Irishman has welcomed the Kardashian clan with open arms, writing on Twitter: “Welcome to the family.”

This could be the start of something beautiful.