CONOR MCGREGOR is being tipped to move into the world of professional wrestling following his stunning defeat at the hands of Khabib Nurmagomedov.

The Irishman tapped out in the fourth round of his lightweight title showdown with the Russian in Las Vegas last Saturday, October 6th.

And though he later took to Twitter to call for a rematch, there is mounting speculation that the loss, coupled with the unpleasant aftermath of the match, may have McGregor thinking about a change of careers.

After weeks of back and forth between the two fighters, the Irishman was left humiliated following a bout that suggested McGregor's bark is far worse than his bite.

The Irishman spent much of the time in the weeks building up to the fight talking up his chances while also dismissing the hopes of Nurmagomedov.

What followed was nothing short of humiliation and McGregor will be eager to avoid the kind of humbling previously experienced by UFC's other superstar, Ronda Rousey.

Rousey's three-year reign as UFC Women's Bantamweight Champion ended in November 2015 when she was knocked out by Holly Holm in the second round of their match. 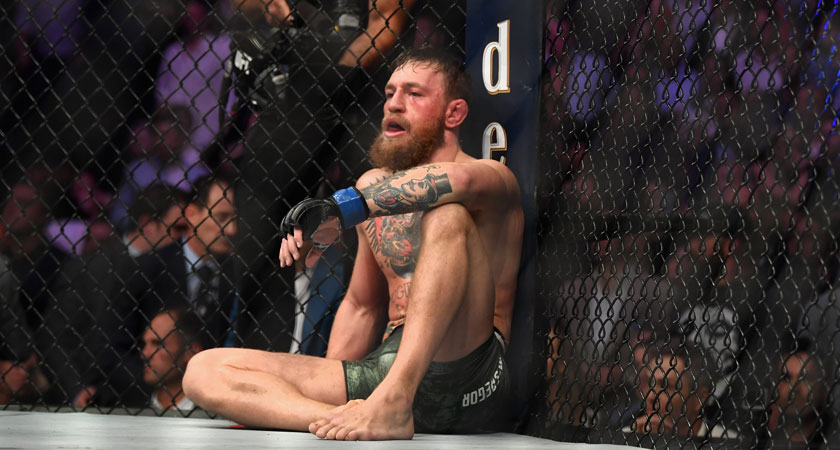 A year later, she returned to face then-champion Amanda Nunes at UFC 207 but suffered an even greater humiliation when she was knocked out in just 48 seconds.

Already a multi-millionaire, McGregor may decide enough is enough, particularly with the negative media circus surrounding his efforts at present.

He may already be considering a move into something a little less physically demanding too, with a stint in the world of professional wrestling in the WWE one option.

McGregor wouldn't be the first MMA star to make the switch, with Ken Shamrock, Brock Lesnar and Rousey, herself, three examples of UFC stars who made the move into WWE and, in some cases, even switched back again.

One man who would love to see the Irishman in WWE is Chris Jericho, who teased a potential tussle between the pair during a brief exchange with a fan on Twitter.

The WWE icon was asked on whether he would consider "UFC as the next stop"?

Jericho responded by saying he "could probably beat" McGregor.

Why not! I could probably beat @TheNotoriousMMA at this point… https://t.co/L7U4xefwFd

Back in October 2017, McGregor was rumoured to be in talks to appear at WrestleMania following defeat to Floyd Mayweather Jr.

"Conor is a huge wrestling fan. His entire persona on stage he has developed from watching performers like Ric Flair and The Rock," a source told The Sun at the time.

"These are the top dogs at self-promotion and trash talk. He watched these guys when he was younger. This is something he’s always wanted to do."

WWE chief brand officer Stephanie McMahon is also open to the idea of the Irishman joining the organisation.

"I think Conor would be a perfect fit for WWE," she said.

"He certainly has the personality, the athletic ability, the appeal. He speaks his mind, he is very genuine and authentic and he has a hell of a Vince McMahon swagger." 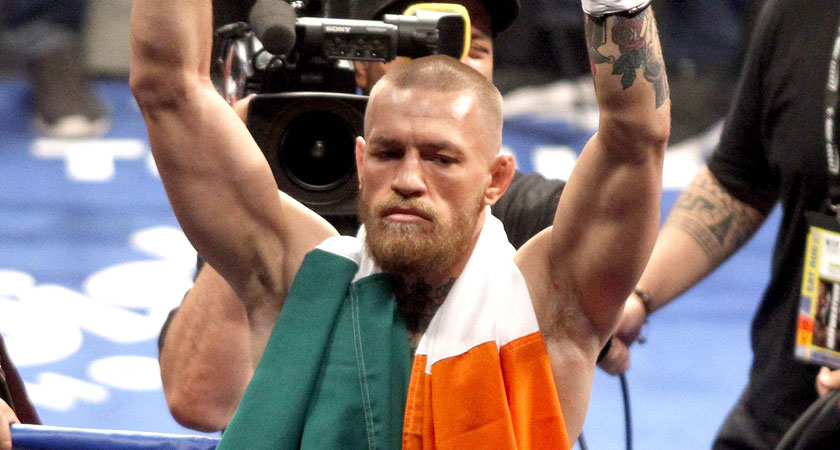 Though no official talks have taken place at this early stage, Ladbrokes has slashed the odds of McGregor joining WWE to 6/1.

A stint in wrestling would also be ideal if the Notorious was ever considering a film career which, given his dynamic media personality, is a possibility.

The bookmaker, meanwhile, has the Irishman t 5/1 to retire from the Octagon.

Alex Apati of Ladbrokes said: "Mcgregor was brushed aside against Khabib in Vegas, making a rematch unlikely, and that means we've cut odds on The Notorious retiring as a result."