Two members of the Carmelite Sisters of the Holy Face of Jesus (Image: GoFundMe)

A PAIR of nuns were caught breaking Covid-19 restrictions as they travelled more than 200km to attend an exorcism.

Sister Irene Gibson and Sister Anne Marie, of the Carmelite Sisters of the Holy Face of Jesus, previously made headlines when they were ordered to leave a compound which they had set up as a religious retreat.

The group have lived on the compound since 2016, but must leave by next June following a court order after they were convicted of breaching planning legislation.

A GoFundMe, set up by the group after the court order which threatened to leave them homeless, has so far raised more than €77,000.

Now however, the group are in the headlines for a very different reason, as Sr Irene and Sister Anne Marie were found to have travelled from Cork to Dublin to attend an exorcism of the Dáil. 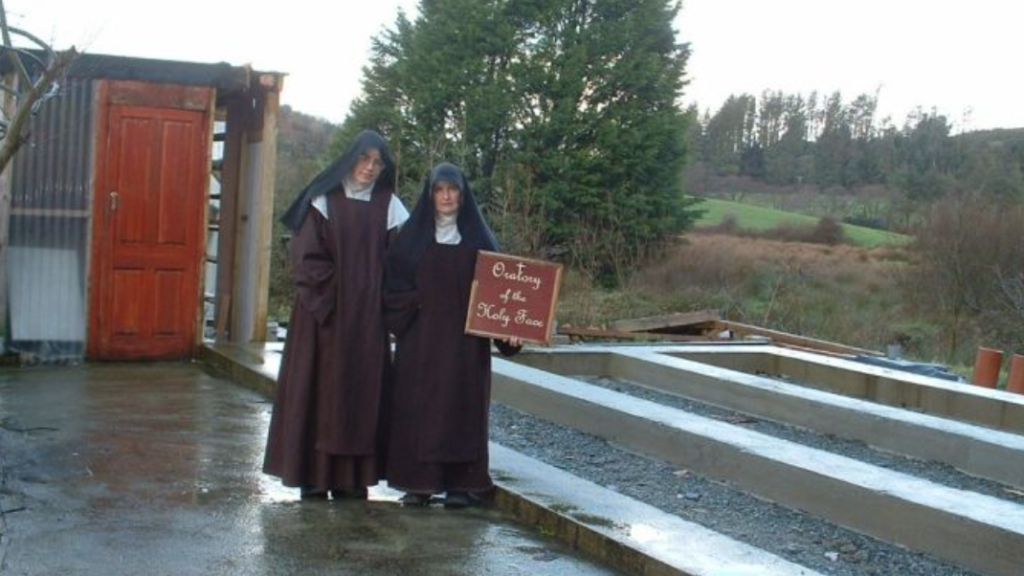 Two members of the Carmelite Sisters of the Holy Face of Jesus (Image: GoFundMe)

As reported by The Irish Examiner, the exorcism took place before Christmas, when the country was under Level 5 lockdown similar to the one  in place now, with travelling further than 5km from home banned.

The exorcism was followed by a mass in Herbert Park, attended by around 70 people, when lockdown rules allowed no more than 15 people to meet outdoors.

According to The Examiner, a video of the exorcism and the mass has begun circulating online, with the priest, Fr Giacomo Ballini, telling those gathered that "no human power can take away the right to say mass."

Both Fr Ballini, who operates from a shed in County Cork, and the Carmelite Sisters of the Holy Face of Jesus, operate independently from the Catholic Church and did not seek permission from the relevant Diocese to hold the exorcism and mass.