The only picture of Joseph Guilfoyle as a baby

THE family of an Irishman who was left in an orphanage at the age of two and knew nothing about his past have finally tracked down some of his blood relatives.

Joseph Guilfoyle, who was born in Nenagh, Co. Tipperary in 1942, described feeling like a "lost child" all his life after he was given up by his mother Bridget Guilfoyle as a baby.

He grew up in a strict boys' school in Cork before moving to London in 1963 in search of a brighter future.

Mr Guilfoyle and his wife Irene raised two children in the capital, where they first lived in Camden and later in Kilburn.

But it was the arrival of four grandchildren that prompted him to try and track down the family he never knew.

That search began in earnest in 2016, when his daughter Julie Guilfoyle contacted The Irish Post.

"It would be nice to find out where I came from and pass on some information to my grandchildren,” Mr Guilfoyle, 74, told The Irish Post at the time. 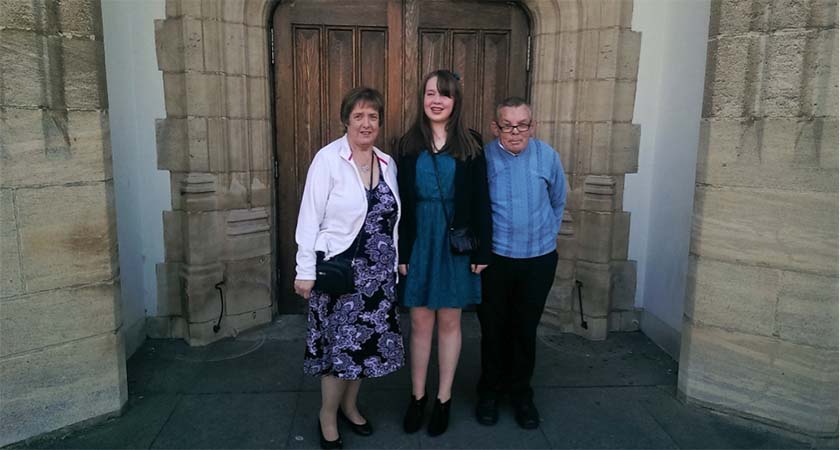 Irene Guilfoyle and Joseph Guilfoyle pictured with one of their four grandchildren, Kaila (Picture courtesy of the Guilfoyle family)

We shared their appeal for information about their father’s birth parents and any possible blood relations he might have that are still alive.

That story was read and shared by thousands of people.

Now, just over four years later, his daughter Julie has confirmed that the appeal has proved successful – with the family in contact with Mr Guilfoyle’s first cousin, a man named Patrick Guilfoyle.

“Since our appeal in The Irish Post a few years back we have now managed to find some first cousins in Cork, which is amazing,” Julie told The Irish Post this week.

“A man in Tipperary had read the Irish Post article and connected with me on Facebook, he had shown the article to Patrick, who recognised my dad and we eventually made contact following that.”

“Patrick is my dad’s first cousin.” 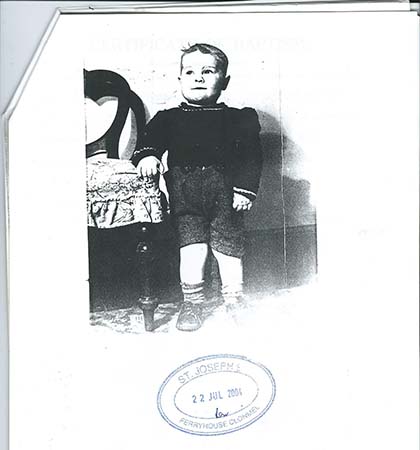 Joseph Guilfoyle as a child

Julie has now had a number of phone conversations with her father’s cousin, but sadly had to break the news to him that her dad passed away just a few months after began his search for his family.

‘So, finding his family now has really helped us all,” she added.

“Patrick was delighted to be in touch with us, and even through Dad is no longer with us I am sure he is happy that we were able to find his family for him.”

She added: “It’s such good news and it just shows the power of social media and The Irish Post,” she added.

Julie and her family intend to meet with their dad’s newly found relatives in Ireland later this year, as soon as coronavirus restrictions allow.