DERRY GIRLS creator Lisa McGee has lifted the lid on some of the surprising sitcoms that influenced the hit Channel 4 series.

One of the most watched shows in Northern Ireland and Ireland last year, Derry Girls has proven similarly popular with UK audiences.

Focusing in on a group of young school girls growing up in Derry during the time of the Troubles, the second series of the show was recently added to Netflix, where it quickly found a global audience.

But while Derry Girls follows in the grand tradition of great British and Irish sitcoms of years gone by, McGee’s writing was apparently influence by shows and writers from a little further afield.

Speaking in an interview with the New York Post, the 38-year-old writer opened up about the sitcoms that shaped her work on Derry Girls, all of which are decidedly American.

“I grew up on Friends, Frasier, Seinfeld. A lot of my influences would be American stuff actually, rather than British or Irish,” McGee said.

McGee goes further, even suggesting one of the main reasons Derry Girls has proven so popular with audiences all over the world is the universal themes explored on the show in much the same way that Friends continues to appeal to comedy fans.

“Maybe that’s why people can hook on it even though it does feel quite alien [to non-Irish people], because it’s inspired by what everyone knows.” 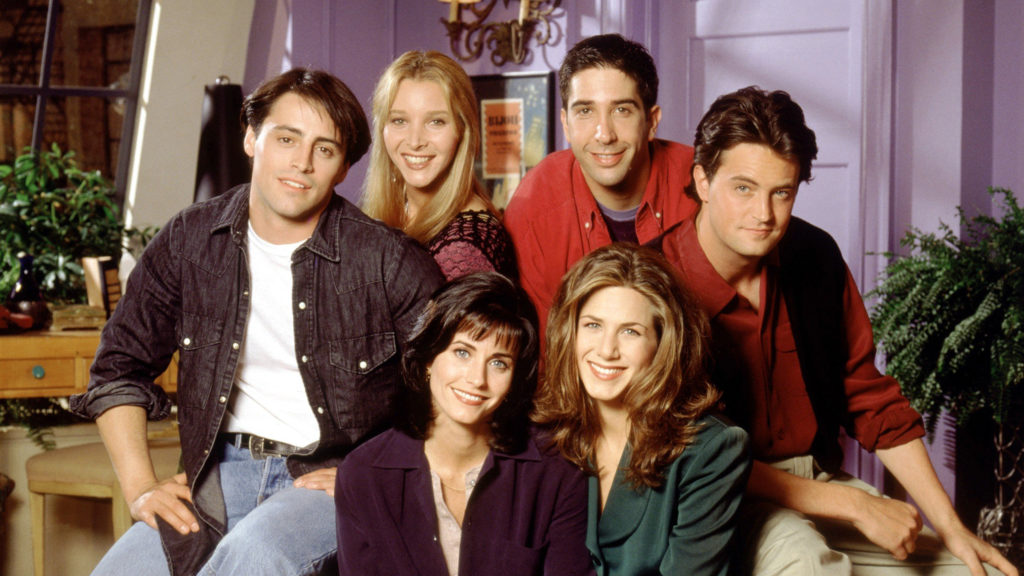 The original Friends cast pictured here back in 1994

“No matter what’s happening, teenagers will be teenagers,” she added.

“There’s something quite comforting about that. I think there’s lots of us around the world living through circumstances which feel quite uncertain and scary.

“People are taking comfort in the fact that young people will still be selfish, still laugh and still do the things they’ve always done no matter what’s going on around them.”

Even so, she admits to being “pleasantly surprised” by how popular the show has become all over the world.

And while she is working on a third season and is open to the idea of a film, she doesn’t see it following the example of Friends, Frasier or Seinfeld in enjoying an extended run on the small screen.

“There’s something about that tight gang and being in school with each other every day, and the energy of that. I’m not sure about seeing them beyond 18. I don’t think it’s a show that will run for 10 [seasons].”

The full New York Post interview can be accessed here.