Mr O’Beirne lived in Westminster but the Met have confirmed he was of Irish descent.

CCTV released this morning shows a cowardly thug stalking Mr O'Beirne before delivering a fatal blow to the back of his head in London's Trafalgar Square.

A second man is then seen to kick Mr O'Beirne as he lies motionless in the pedestrian area of the square outside the National Potrait Gallery.

Pedestrians nearby watch on in horror and one woman holds her hands to her face in shock at the brutal attack, which took place the night before the London Bridge terror atrocity.

The Met are offering £20,000 as they continue their bid to identify the two men as part of their murder investigation.

The first suspect, who punched the Mr O'Beirne, had a hipster appearance with a top knot, full beard, red t-shirt, dark trousers and light coloured shoes.

His accomplice, who kicked the Irishman, was wearing a black jacket with a white emblem on right shoulder and white writing with a picture on the rear. He was also wearing a white top under the jacket, dark trousers and dark shoes with white soles.

DCI Noel McHugh said: "Someone might see this video and remember that they witnessed this incident; you will see a female who is clearly shocked by what has happened and holds her hands up to her face.

"You may have been part of the group and did not realise how seriously Desmond was hurt and that he has now died. That may pray on your mind.

"You can contact us and help us get justice. Desmond was an inoffensive man, a big man and character, who was out having a drink. The CCTV shows that he was senselessly attacked and he never stood a chance.

"The events of Desmond’s attack precede the London Bridge Terrorists attacks which were in the following evening. So whilst there is a passage of time, people will remember where they were in London, and could remember this incident.

"I’m asking anyone who took any footage or selfies around that time in to contact us; take a look through your photos and see if you have something that can help us." 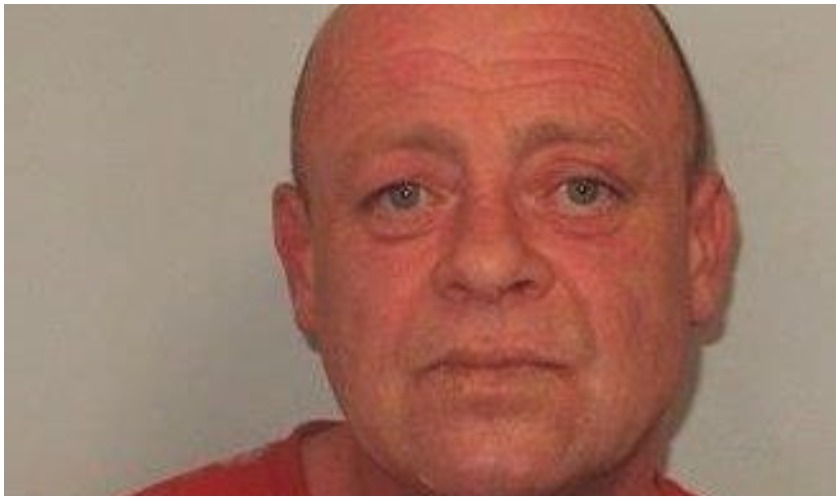 Desmond O'Beirne, 51, lived in Westminster but was of Irish descent (Image: Met Police)

She added: "My brother Desmond was hard working and larger than life. He was on a night out in Trafalgar Square when he was brutally and viciously attacked by two cowards who then calmly walked away and left him for dead.

"As a direct result of this attack he suffered a traumatic brain injury and was left in a vegetative state.

"Desmond’s life was ended far too soon and our family is left devastated by his loss.

"Unfortunately for Desmond, his attack happened less than 24 hours before the London Bridge/Borough Market terrorist attacks and I feel that possible witnesses may have focused their attentions on those events.

"I am appealing to members of the public who may have been in the Trafalgar Square area on the night and witnessed this assault to come forward to the police.

"I am trying to get justice for Desmond, his two attackers were very distinctive and part of a larger group. I hope that witnesses and those from that group who did not know how serious the attack was will now come forward."