RESEARCHERS FROM the National University of Ireland, Galway (NUIG) have successfully used a drone to drop insulin from Connemara to the Aran Islands.

According to project leader Professor Derek O’Keefe, it is the ‘world’s first’ successful attempt at providing diabetes medicine to inaccessible areas through use of a drone.

The ‘Diabetes Drone Project’ involved the autonomous flying of a drone 21 kilometres across the Atlantic Ocean from Connemara Airport to Inis Mór and was made possible by receiving special research permission by the Irish Aviation Authority. 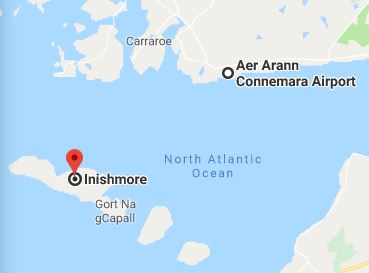 The project was created to ensure that people with diabetes have access to lifesaving medication at all times, in particular those who live in remote, cut-off regions such as the Aran Islands. A statement by NUI Galway on the successful flight cited recent red-weather warning storms in Ireland such as Emma and Ophelia, which “demonstrated a clear need to develop the capability to deliver insulin and other medications in times of crisis”.

Professor O’Keefe reiterated the need for research into the use of drones to provide emergency medical assistance, saying:

“Climate change means that these types of severe weather events are becoming more prevalent. Individuals and communities in rural locations can become isolated for days after a severe weather event and an emergency may arise where patients can run out of their medicine."

"Therefore, it is incumbent on us to develop a solution for these emergencies, which addresses the clinical, technical and regulatory issues before a sentinel event occurs. To date medical drones have demonstrated success, for example in delivering blood, defibrillators and human organs for transplant. This #DiabetesDrone project represents another milestone in the use of drones to improve patient care.”

Marion Hernon, a patient with Diabetes who lives on the Aran Islands, praised the project and the idea behind it, saying:

“Insulin is essential for my survival and having a diabetes drone service in an emergency situation would ensure this survival while living on an offshore island.”

For more information on the NUI Galway project, you can visit the Diabetes Drone website.