FOR the first time in history, dinosaur bones have been discovered on the island of Ireland.

The fossil bones from two different species were unearthed on the east coast of Co. Antrim.

It's understood that the fossils are that of a four-legged herbivore called a scelidosaurus, as well as a two-legged carnivore named sarcosaurus, following an extensive scientific study.

The fossil bones, which were confirmed to be from early Jurassic rocks, were discovered in two separate finds near the town of Islandmagee, first in the late 19th century, and again in the 1980s by the late teacher and fossil collector Roger Byrne.

It was originally thought that the bones belonged to the same animal, but following lengthy examination by experts from the University of Portsmouth and Queen's University Belfast, it was confirmed they in fact belong to two different species.

Professor David Martill, who worked on the research of the fossils, said the two species couldn't be any more different from one another

"One of them is, if you take your everyday view of a meat-eating dinosaur, it had a mouth full of razor-sharp serrated teeth," Prof Martill said.

"The scelidosaurus was running around on all fours with its back legs higher than its head. It would have been adorned with big spikes capped with the sort of sheath that a claw is made of.

"If it came and kneed you it would rip you apart. Although it was a herbivorous animal, it wasn’t a defenceless animal." 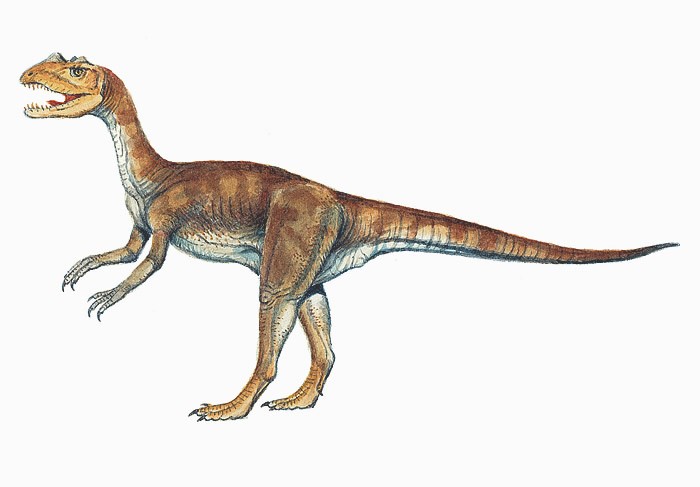 Ulster Museum will put the fossils on display when it eventually reopens once Covid-19 restrictions are lifted.

Due to the fact that Ireland was underwater for most of the period that dinosaurs roamed the earth, there was very little chance that dinosaur fossils would ever be found here.

One theory, put forward by research leader Dr Mike Simms, is that the dinosaurs remains were perhaps swept out to sea, before settling in the Jurassic seabed, only to be unearthed some 200 million years later.