AN IRISH AMERICAN cardinal who became the first minister in the history of the Catholic Church to be defrocked due to allegations of child sex abuse abuse is now facing fresh new accusations.

Former Cardinal Theodore McCarrick is accused of abusing at least seven boys between 1970 and 1990, as well as six more allegations of abuse by seminarians and former seminarians.

According to the Washington Post, the new allegations have been confirmed by three sources, including one that has "direct knowledge of the claims U.S. church officials sent to the Vatican in January."

Earlier in the year, McCarrick became the first-ever bishop to be defrocked in the Catholic Church after allegations that he sexually abused two minors and sexually harassed seminarians emerged. 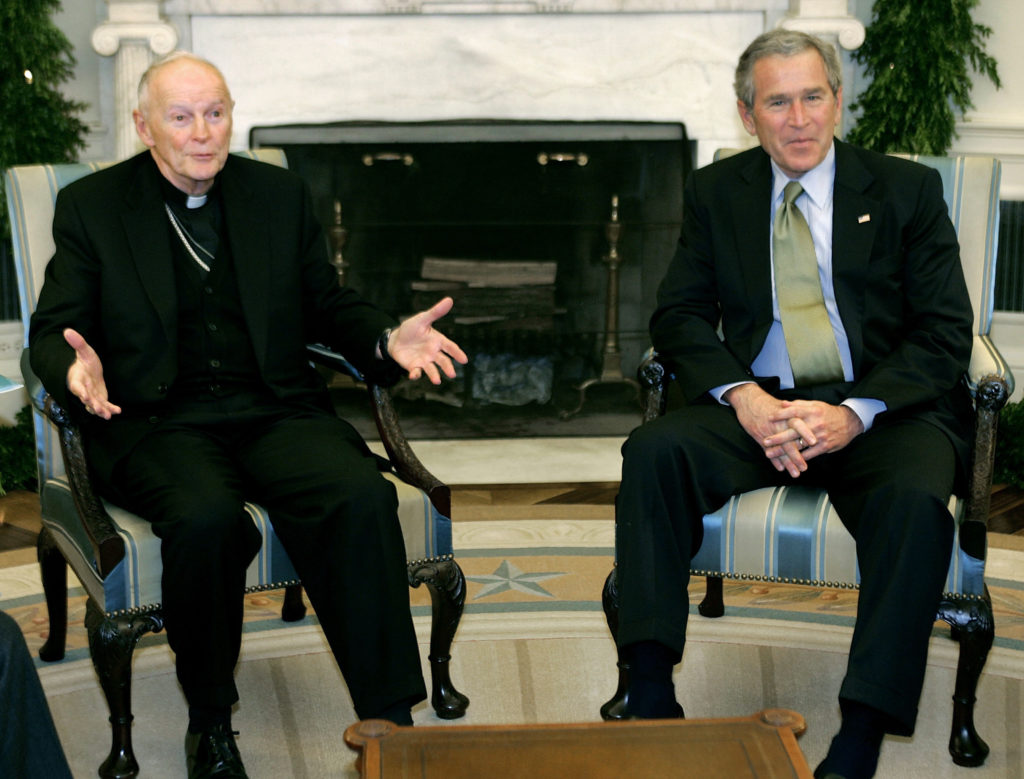 Reportedly, many of the abused victims knew each other, and would often travel together with McCarrick on fundraising trips around the United States.

McCarrick, 89, is unlikely to face criminal prosecution for his alleged abuse and harassment of the youth and seminarian cases first reported in the summer of 2018. Those allegations relate to crimes that would be beyond the statutes of limitation in the United States, where they are said to have occurred.

When, McCarrick claimed in an interview with Slate that he "did not believe" he did the things he was being accused of, which lead some to believe that the former Cardinal was leaving it an open question, suggesting that he could have done it.

Either way, his response in September this year only prompted further allegations from people claiming they'd been abused by him, frustrated at the thought of him denying any wrongdoing.

One of the victims who has anonymously come forward claims that McCarrick was able to get away with it because of his natural gifts: "He was charming. He was self-effacing. He was completely disarming. And he ran that game on everyone. He ran it on his colleagues, donors and on young boys. Everyone around this guy is just a different shade of victim."

The case on McCarrick remains open for the time being.