DONALD TRUMP has been left frustrated that he can’t watch Fox News during his state visit to the UK because it hasn’t been available there since it was taken off the air in 2017.

He instead had to watch CNN to get his American news but said on Twitter that he “turned it off” due to all the “Fake News”.

It wasn’t the first time the President had been active on social media on Monday however, as immediately after touching down at Stansted airport, he was on Twitter aiming barbs at London Mayor Sadiq Khan calling him a “stone cold loser” among other things. 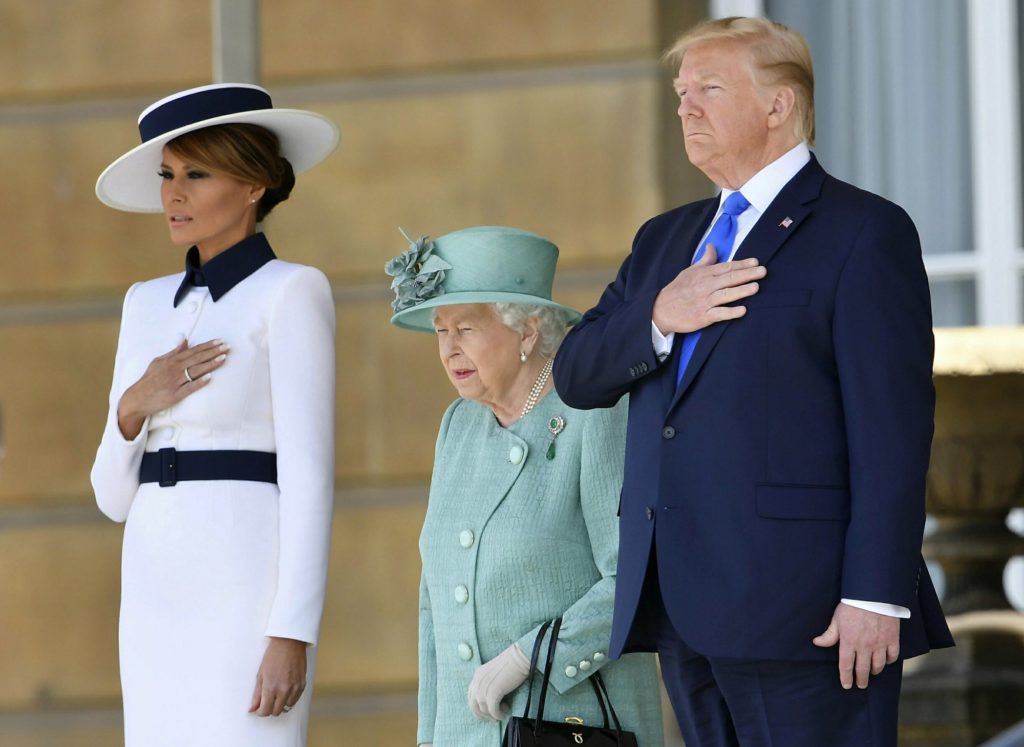 He took to Twitter again later to air more of his grievances once he arrived at the American ambassador’s residence, where Mr. Trump will be staying throughout his visit.

Shortly before he travelled to Buckingham Palace to visit The Queen, Trump said on Twitter: “Just arrived in the United Kingdom. The only problem is that @CNN is the primary source of news available from the U.S. After watching it for a short while, I turned it off. All negative & so much Fake News, very bad for U.S. Big ratings drop. Why doesn’t owner @ATT do something?”

The reason why Fox News - a traditionally conservative media outlet in the US and generally pro-Trump - is unavailable in the UK is because it didn’t prove to be a commercial success in the eyes of its parent company 21st Century Fox.

Trump tweeted again to further extend his feud with CNN by asking people to unsubscribe from their parent company AT&T.

“I believe that if people stoped using or subscribing to @ATT, they would be forced to make big changes at @CNN, which is dying in the ratings anyway. It is so unfair with such bad, Fake News! Why wouldn’t they act. When the World watches @CNN, it gets a false picture of USA. Sad!” He tweeted.

Unfortunately for Trump, Fox News was taken off the air in Ireland in 2017 too, so before he takes to Twitter once he arrives for his state visit on Wednesday night, will someone please tell him he can stream it through the Fox News app. I mean, he’s on his phone enough right? It shouldn’t be too hard for him.