DONALD TRUMP continued his feud with London Mayor Sadiq Khan as he labelled him “a disaster” over his handling of violent crime in the city.

The US President took to Twitter to call for Khan to be relieved of his duties as Mayor amid the rising rates of knife crime, adding that he was “destroying the city of London.”

“LONDON needs a new mayor ASAP. Khan is a disaster - will only get worse!” He tweeted.

Trump was responding to a tweet sent out by Katie Hopkins which referenced recent acts of knife crime in the city, describing the capital as “Khan’s Londonistan.”

In a second tweet, Trump added that Khan is “a national disgrace and is destroying the city of London.”

This comes after Trump launched a scathing Twitter tirade against Khan as he landed at Stansted Airport in London ahead of his state visit to the UK, calling him a “stone cold loser”

London’s Mayor has made no secret of his dislike of Trump. He controversially allowed the ‘baby-blimp’ resembling the US President to fly over the capital during both of his state visits to the country, and has frequently criticised Trump on Twitter and in interviews, comparing him to facist leaders of the 20th century.

Despite the rising rates in knife crime, particularly in 2019, London’s homicide rates pale in comparison to that of most major US cities. 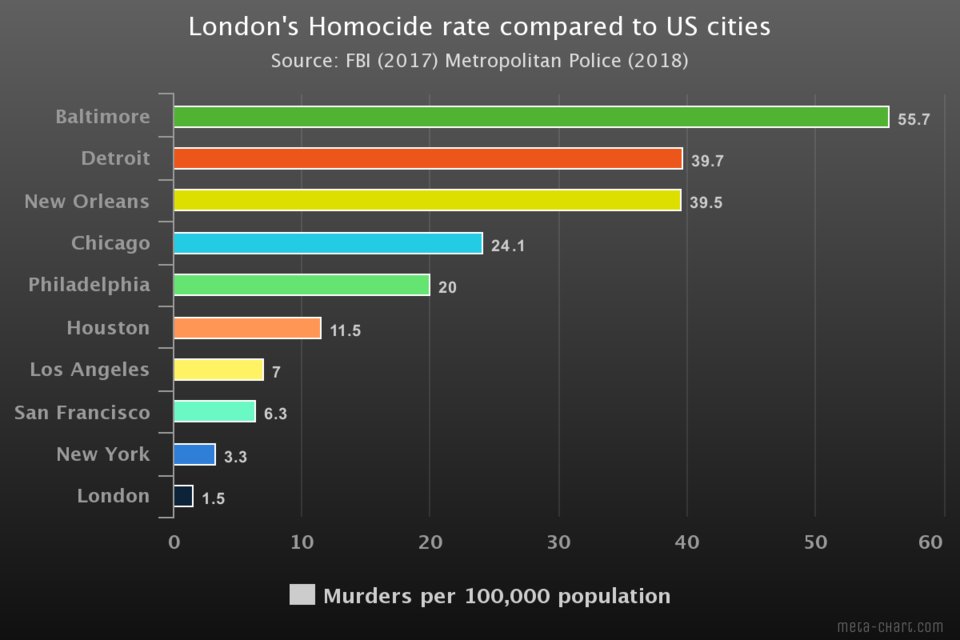 It’s clear though that if you make an enemy of Mr Trump, he doesn’t forgive and forget all that easily.