PRESIDENT TRUMP has called Megan Markle ‘nasty’ after he was informed of the Duchess of Sussex’s criticism of him when he was running for office.

Trump said he was surprised to learn that Markle wouldn’t be meeting him on his upcoming state visit.

When quizzed about her comments from three years ago, Trump said: “I didn’t know that. What can I say?

“I didn’t know she was nasty.”

Markle supported Trump’s 2016 rival Hillary Clinton and said that she would consider leaving the country if he won the election.

(What better way to do so than to marry a foreign prince, eh?)

The Duchess also branded Trump ‘divisive’ and ‘misogynistic’ during an interview with Larry Wilmore in 2016.

She went on to say that she didn’t want to live in the world the Republican candidate was painting during his election campaign. 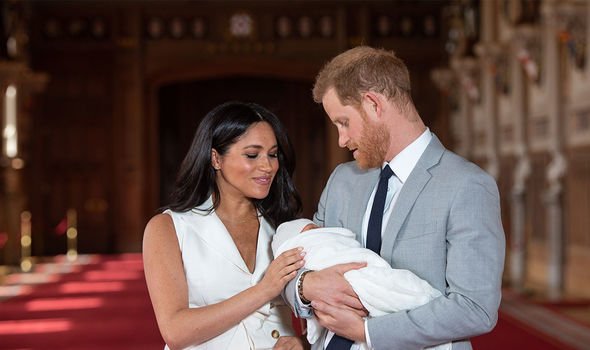 Despite branding her ‘nasty’, the President went on to wish Meghan well saying that he thinks she will make a “very good american princess”, before stating that she’ll likely be an excellent addition to the royal family.

“It is nice and I am sure she will do excellently (as Princess),” he said.

“She will be very good, I hope she does (succeed).”

Officially, Meghan will be missing Trump’s state visit as she’s on maternity leave with new baby Archie, but many feel as if her political stance is the real cause for her absence.

Speaking to Wilmore on the Nightly Show back in 2016, Meghan said: “We film Suits in Toronto and I might just stay in Canada.

“I think it was in 2012 the Republican Party lost the female vote by 12 points.

“That is a huge number and with as misogynistic as Trump is, and so vocal about it, that is a huge chunk of it.

“You’re not just voting for a woman if it’s Hillary (Clinton). Yes you’re voting because she’s a woman, but certainly because Trump has made it easy to see that you don’t really want that kind of world he’s painting.”