Donald Trump: Coronavirus pandemic in US is likely to 'get worse before it gets better'

WASHINGTON, DC - JULY 21: U.S. President Donald Trump talks to reporters during a press conference in the Brady Press Briefing Room at the White House July 21, 2020 in Washington, DC. Trump focused on his administration's handling of the global coronavirus pandemic. Poll numbers about his handling of COVID-19 have been falling as cases of deadly virus have spiked across the country. (Photo by Chip Somodevilla/Getty Images)

DONALD TRUMP has admitted that the coronavirus crisis in the United States is likely to "get worse before it gets better."

The President made his comments during a briefing at the White House on Tuesday, firmly veering away from his usual insistence that the crisis isn't as bad as people seem to think it is.

"It will probably unfortunately get worse before it gets better," Trump told reporters.

In another change of pace, Trump also encouraged the American people to wear face masks when social distancing is not possible, saying: "Whether you like the mask or not, they have an impact."

The President has been criticised for his reluctance to wear or promote the usage of face protection since the outbreak began. He was seen wearing a mask in public for the first time earlier this month during a visit to a military hospital. 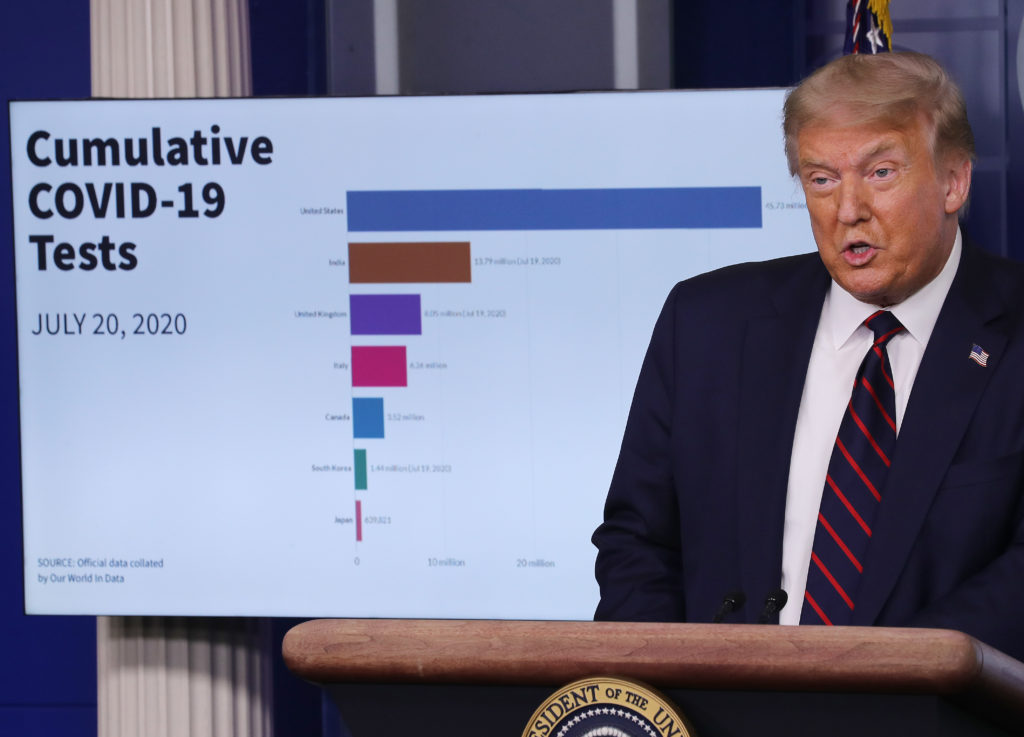 Despite his prediction that the crisis will likely worsen, Trump said that country was moving in the right direction with potential vaccines and other treatments for Covid-19.

"The vaccines are coming, and they’re coming a lot sooner than anybody thought possible," he promised.

Trump has spent much of the coronavirus crisis trying to play down the severity of the situation.

The US now the has the highest rate of infection from coronavirus in the world, though the President insists this is down to America's rigorous testing and screening programmes, and not proof that the virus has been running rampant.