THERE'S something mildly amusing about this.

Was the President simply a victim of autocorrect?

Is he blissfully unaware that there’s a country in the UK called Wales?

Or does he literally believe that Charles is the heir to the throne of a species of humongous aquatic mammals? 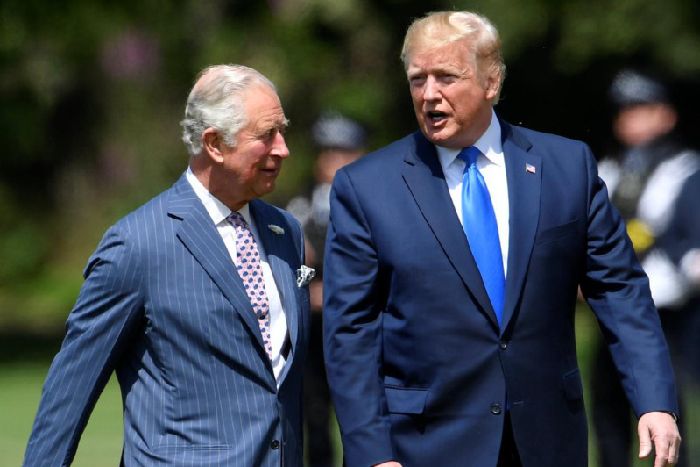 Mr Trump took to Twitter after revealing in an interview with ABC news that he would take information about a political rival from a foreign government if it was offered to him, without reporting it to the FBI.

Referring to his recent visit to the UK and Ireland, as well as his extensive European tour, Trump tweeted: “I meet and talk to ‘foreign governments’ every day.

“We talked about “Everthing!” Should I immediately call the FBI about these calls and meetings? How ridiculous! I would never be trusted again.” 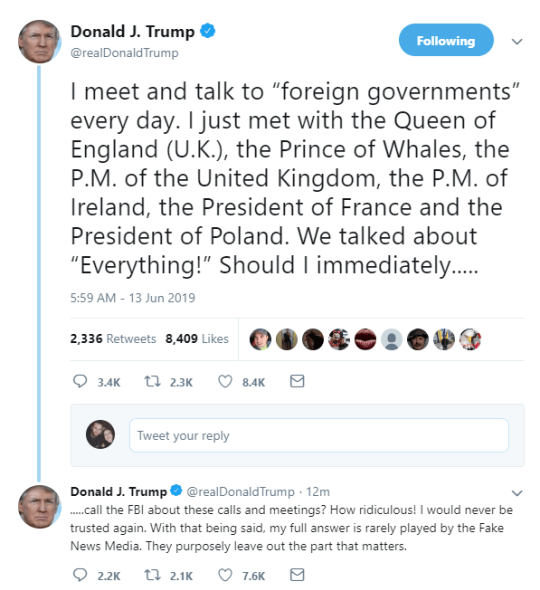 To be fair, he may have a point. But the misspelling of Prince Charles’ title caused a splash online as waves of Twitter users swam in to have a whale of a time over the President’s error.

Trump, whether of his own accord or perhaps after seeing a host mock-ups of Charles with a dorsal fin posted in reply, deleted the tweet and corrected it to the proper spelling.

The President was insisting with his post that he wouldn’t report damaging information passed to him by a foreign government to the FBI, but failure to report attempted interference in a US election is illegal under campaign finance law.

Perhaps if he’s dealing with literal cetaceans, it won’t become a problem for him anyway.