"You don't really understand what is at stake": Boris Johnson meets Taoiseach Leo Varadkar in Dublin for Brexit talks

UK Prime Minister Boris Johnson is in Dublin today to speak with Irish taoiseach Leo Varadkar regarding Brexit and the uncertainty which surrounds it.

The pair met this morning in Ireland's capital city and each said a few words and answered press questions before retiring to discuss issues which threatens to have a detrimental effect to the island of Ireland.

Taoiseach Leo Varadkar said that while Ireland respects the sovereignty of the UK and the democratic decision undertaken by the British people to leave the European Union, that there is "no such thing as a clean break".

He made reference to the threat of "severe disruption for British and Irish people alike", and also said that some of the biggest issues surrounding Brexit-- namely citizen's rights and the Irish border-- had all been resolved in deals made by Teresa May, but which British Parliament had subsequently rejected.

Mr Varadkar reiterated that Ireland would like to remain a friend and ally to the UK, but warned that the way in which the UK leaves the EU will determine whether that is possible. 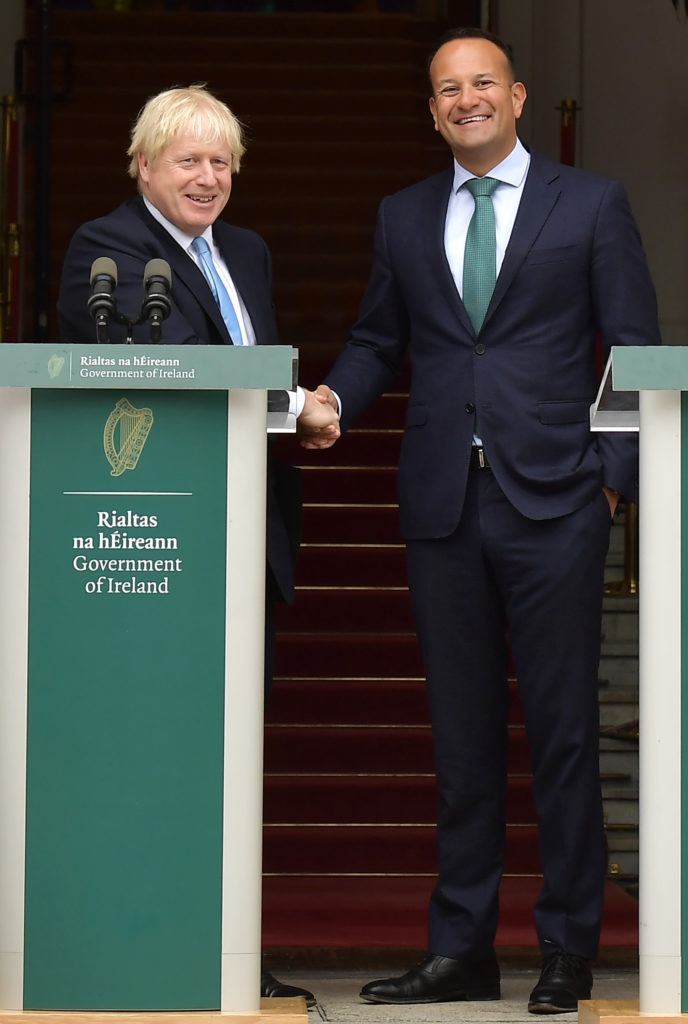 "Intricate, most vital relationship". UK and Irish leaders discuss the future of the two islands. (Photo by Charles McQuillan/Getty Images)

Mr Johnson meanwhile made reference to the relationship between Ireland and the UK, calling it the "densest, most intricate, most vital relationship in the world", and acknowledged that Brexit was something that Ireland had never asked for, describing it as "a conundrum".

After being accused by a reporter of not understanding what is at stake with the threat of a return of a hard border, Mr Johnson reiterated promises to uphold the Good Friday agreement, protect economic unity and ensure unchecked borders, but when questioned by an RTE reporter on the details of how these promises could be upheld, Mr Johnson instead doubled down on vague promises of "assurances" "facilitations" and "electronic pre-clearance", saying there was "a lot to be done".

Similarly, when asked a straightforward question by a BBC reporter on how Mr Johnson can convince Ireland that he has the power to get a new deal through parliament when the numbers are stacked against him, he simply repeated promises to leave on October 31st, with intermittent buzzwords such as "respect", "honour" and "wisdom".

Mr Johnson then said that he would overwhelmingly prefer to leave the EU with a deal, and said he hoped discussions with Mr Varadkar today, while not expecting a complete breakthrough, would be a good start.

The UK are due to leave the European Union in 52 days.