LEO VARADKAR has defended Boris Johnson by admitting he doesn't think the British Prime Minister is a 'little Englander'.

The Taoiseach went on to say that Mr Johnson was "eccentric" and "witty", before suggesting it was "probably a good thing" he isn't your standard politician.

Relations between Ireland and the UK have been strained amidst the ongoing Brexit negotiations, but with Boris Johnson's position as Prime Minister now secured, and Britain now firmly committed to leaving the EU in January, it appears fences are well and truly on the mend. 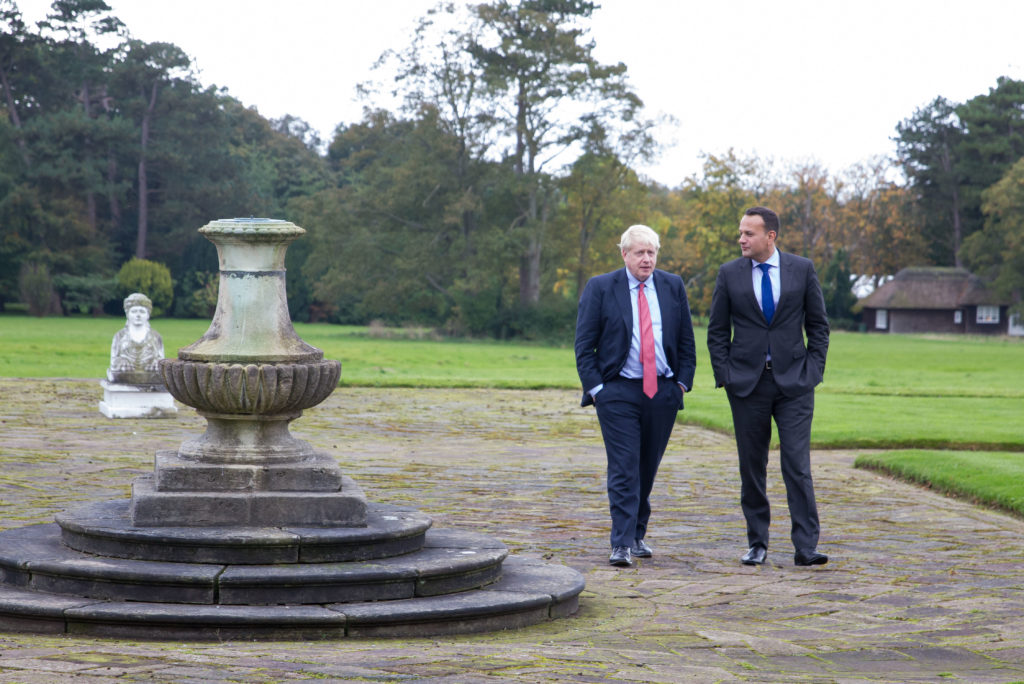 Despite Johnson's determination to 'get Brexit done', Mr Varadkar insists that the Prime Minister shouldn't be labelled a 'Eurosceptic' in an interview with Virgin Media One TV.

"The story goes anyway that it was a hard decision for him [Johnson] whether he was going to come out for or against Brexit," said Varadkar.

"I definitely think he is internationally orientated though. I don’t think he’s a little Englander.

"I do think he wants to see Britain as having a role to play in Europe and the world.

"But that’s not under our control. My job as Taoiseach is to make sure we navigate Ireland through this new situation and that we stay at the heart of Europe but also that we have a good relationship with our nearest neighbour, because that’s crucial for economic reasons but also because of Northern Ireland."

'Little Englander' is a phrase which, in the past, was applied to people who were opposed to expansion of the British Empire in the late 18th and early 19th centuries.

In a modern context, it's applied to those who tend not to see the roles and responsibilities of the UK extend further than the nation's borders.

The Irish leader went on to discuss his relationship with the Conservative Party leader.

"He is the guy that you see, he's bright, he's witty, very personable, but he is a bit eccentric as well.

"He's not the standard politician but that's probably a good thing on balance."