ANTI-VAX saboteurs have struck again after a pub in Dublin was vandalised following the reopening of indoor dining.

Indoor hospitality reopened on Monday, much to the relief of publicans who have endured nearly 16 months of on-again, off-again closures, but in order to facilitate a safe reopening, Government passed legislation to ensure that only fully vaccinated individuals can access indoor areas.

Vaccine certificates, which prove that you're either fully vaccinated or that you've recently recovered from Covid-19, are required to enter pubs, restaurants and café across the country, and while outdoor areas are still available to everyone, sections of society are furious with the new laws.

Critics claim they're discriminatory, as they deny freedoms to those who either cannot or choose not to take the vaccine, as well as those who haven't had the opportunity yet.

Protesters lined the streets of Dublin and Cork following the announcement that the legislation had been passed, and opponents of the new laws have now taken the fight to the pubs and restaurants themselves, which seems a tad unfair.

The owner of the Deputy Mayor pub near Charlestown shopping centre woke up to find disgusting graffiti sprawled over the front door and the surrounding windows. 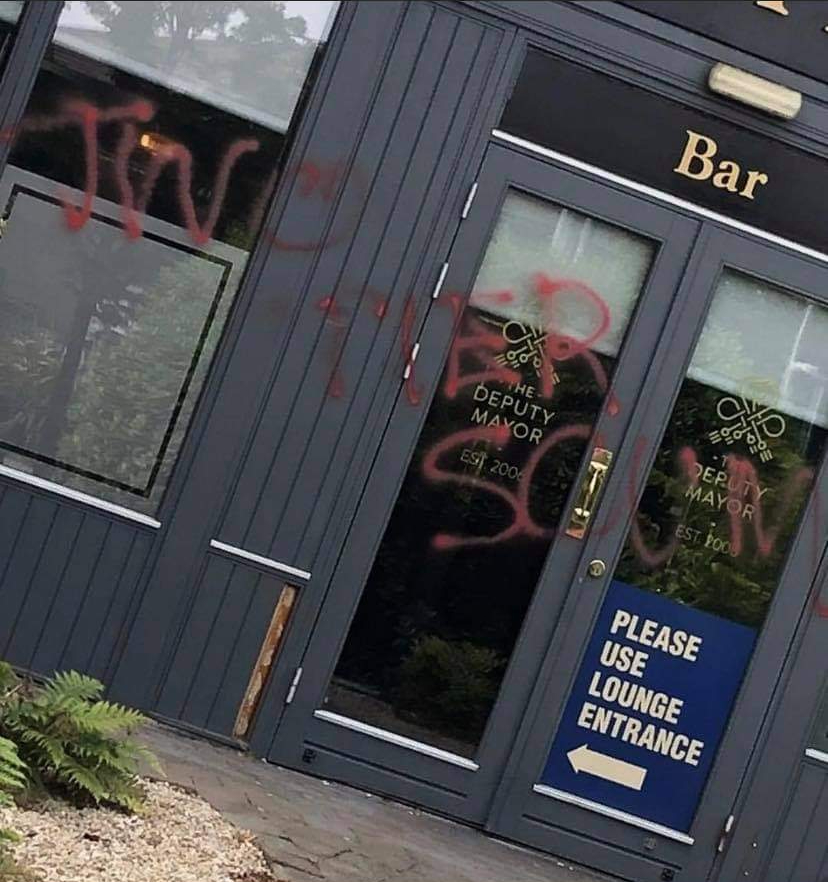 Local councillor Keith Connolly hit out at the appalling incident saying it was "extremely frustrating" to see businesses being treated this way for simply obeying the law.

"If you don’t agree with it, don’t dine indoors," he said.

Meanwhile, reports surfaced that a large number of fake reviews were being left for pubs and restaurants by protesters in an attempt to sabotage them.

On Tuesday, a pub in Dublin revealed that calculated protesters had made "50 or 60" fake reservations in order to book the place out, and prevent paying customers from being able to get in.

"It’s making it tough for us. We’re following all the guidelines, and this is making it harder for our staff," the owner said.