A DUBLIN man has shared alarming footage of a wild fox carrying a giant dead rat through a residential area of the city.

In the clip, filmed in an estate near Aungier Street, the fox can be seen struggling to pick the large rodent up before eventually bringing it across the road to the nearby York Street flats.

The footage was filmed by local resident Ryan Mooney who send the disturbing video to Newstalk.

Speaking over the clip, Mooney can be heard saying "Here you can see the fox, strutting out of the flats and across the road with a rat in its mouth that it's after killing.

An audible gasp can be heard coming from a fellow onlooker before Mooney continues: "And what's even better, he's bringing the dead rat into my flats to eat him."

The alarming video comes amid growing calls from Dublin locals for help in dealing with a rapidly escalating rat infestation across the city.

Dublin’s rodent population has been positively thriving in lockdown with the usual efforts of pest control teams significantly curtailed, giving vermin free rein to roam central Dublin and even further afield with reports of sightings across the suburbs of the Irish capital.

The recent spate of warm weather, coupled with an increase in the amount of illegal dumping going on in the city has only added to the problem.

While the HSE would usually be relied up to control the rat population, stricter regulations on poison use coupled with the fact exterminators have been unable to enter homes during the pandemic have proven problematic.

These are no ordinary rats either, with one Dublin City Council source telling the Irish Times that the rats being seen at present are big enough to “put a saddle on”.

This new, giant species of rat is capable of some extraordinary things too, including eating their way through brickwork and circumventing traps. 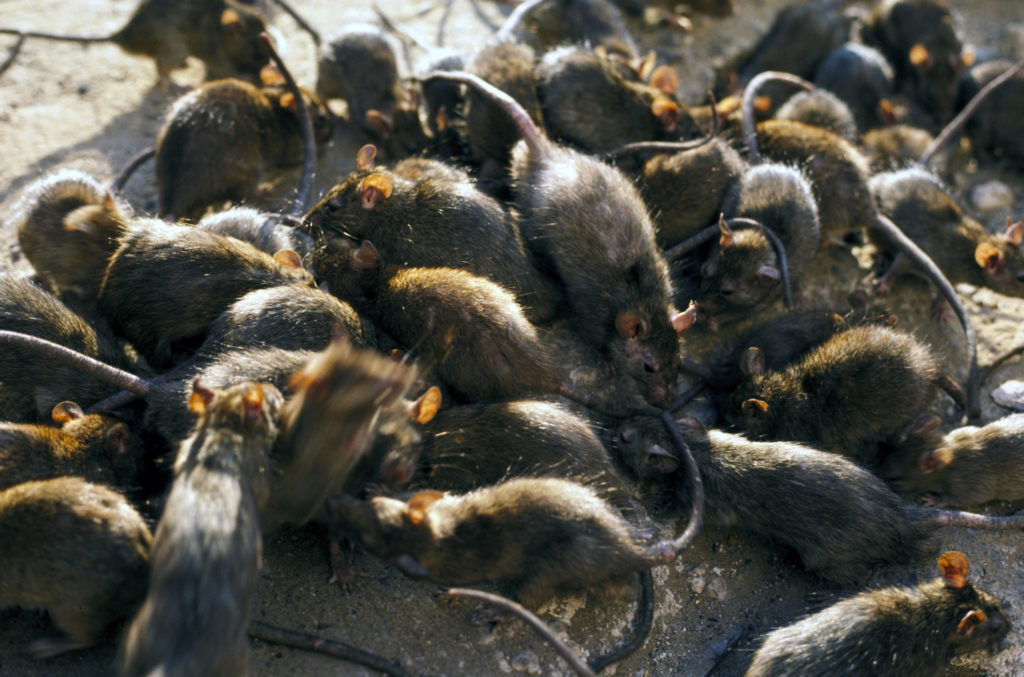 Infestations have been reported in homes, gardens and even cars in Dublin.

The council confirmed to the Irish Times that it has witnessed “a large increase in the number of rats coming up from the pipe networks and onto the streets.”

“We had instances where rats had eaten through brickwork in manholes and somehow managed to get by trap gullies on the roadways,” they added.

“During the Covid-19 crisis, the HSE did not carry out pest control in our flat complexes, as they did prior to the pandemic. In the absence of the HSE, Dublin City Council continued to provide this service, which placed additional strain on our resources,” the council added.

Thankfully, the decreasing number of new cases of Covid-19 in Dublin means normal service is set to resume soon enough, with exterminators given the go-ahead to enter properties from today.