EAMONN Holmes has lashed out at the mystery drone operator who has caused unprecedented travel chaos at Gatwick Airport in the lead up to Christmas.

Flights in and out of the UK's second-busiest airport were suspended on Wednesday evening after several industrial-grade drones were spotted flying above its runways in West Sussex.

Some 120,000 passengers were unable to travel through London Gatwick after the cancellation of almost 800 flights, while inbound planes were diverted to alternative airports as far away as Paris and Amsterdam.

The airport partially reopened on Friday with 765 flights scheduled for departure and arrival, and Gatwick's chief operating officer Chris Woodroofe said he hoped all services would be back in action by the weekend.

Police believe the drone chaos was a "deliberate act to disrupt the airport" – possibly by an environmental activist – but Transport Secretary Chris Grayling said there was no evidence it was terror-related. 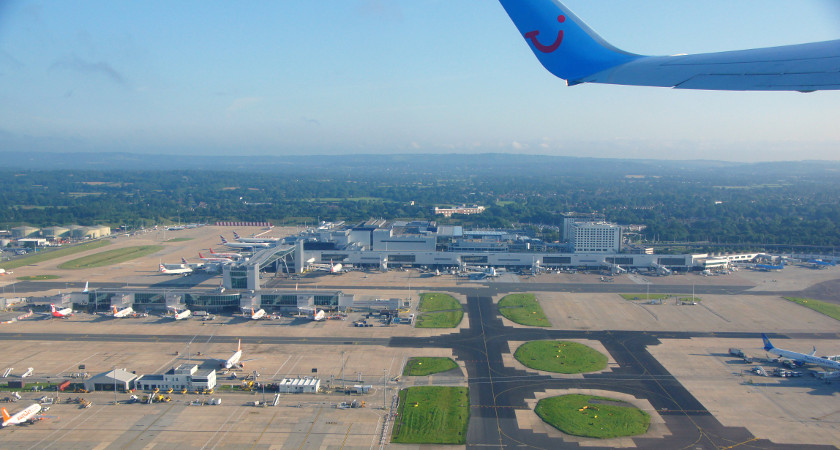 Speaking on This Morning, co-host Eamonn slammed the "crackpot nerd" behind the disruption, and also took aim at Gatwick Airport officials for their "pathetic" response.

He told wife Ruth Langsford: "Certainly the Civil Aviation Authority have a duty of care as well when it comes to exclusion zones around airports. It's absolutely ridiculous.

"And we shouldn't lose sight of the fact that it isn't the airlines' fault. It's the airport's fault, it's the CAA's fault and whoever the crackpot, halfwit, dimwit nerd is who's operating this drone.

"It surprises me they didn't just fly through it, but it's always inconvenient travelling at this time of year." 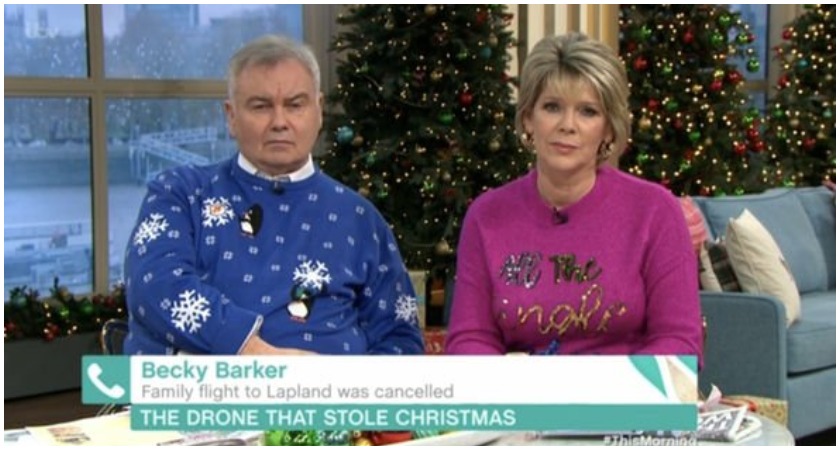 Unimpressed: Eamonn, 59, took aim at Gatwick chiefs over their response to the flightmare (Image: ITV)

Earlier in the segment, the 59-year-old Irishman blasted airport chiefs for their response to the Christmas crisis.

"What a pathetic response there's been from Gatwick Airport to this whole thing," he said. "Why don't you just shoot it out of the sky?"

Reporting live from the airport, travel correspondent Simon Calder told the ITV presenters that the situation was "better than yesterday", but there was still a way to go until the regular schedules were back in place.

"Tomorrow we’re expecting 95 percent, maybe 97 percent of flights [to be back to normal].”

Updating the situation further, Eamonn added: "Now Gatwick are saying they’ve got police in the situation, the army are there are as well.

"They’ve got the technology to get rid of this drone if it ever appears again."