Eddie Jordan teams up with celebrity pals to raise £600,000 to help children with cancer

FORMULA One supremo Eddie Jordan has teamed up with his Irish sports star pals to support a charity helping children and young people with cancer.

Champion jump jockey AP McCoy was one of a host of legends who attended a fundraiser at Royal Windsor Race course last night for the charity CLIC Sargent, which is organised annually Jordan and his wife Marie.

The event, which was also attended by One Direction singer Liam Payne, raised £600,000.

“You cannot help but be touched by the stories of the young people and children with cancer that CLIC Sargent supports, which is why I am a proud and long-term supporter of this fantastic charity,” Eddie Jordan said.

Every day, 10 children and young people in Britain are diagnosed with cancer.

Despite survival rates of over 80 per cent, cancer remains the single largest cause of death from disease in children and young people in Britain.

AP McCoy added:  “Being a jockey is tough and you take some knocks along the way, but it’s nothing compared to what young people and children with cancer go through.

"The work CLIC Sargent does to help them and their families cope with cancer treatment and get the most out of life is amazing.” 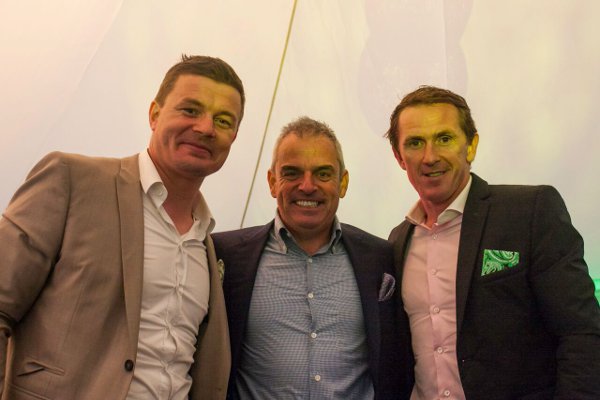 Now in its tenth year, over £2million has been raised at the Windsor event to support the charity, which provide emotional, practical, financial and clinical support to help children and young people through cancer treatment.

Racegoers met Emily Davies 25, from Sutton Vallance, Kent, who has been supported by CLIC Sargent for the past two years.

She  was diagnosed and treated for thyroid cancer in 2013, and again when the cancer returned in 2014.

Having now finished her second course of treatment, she has returned to her job as a drama teacher.

"My parents live five hours away, so when I was being treated at the Royal Marsden in London Lara from CLIC Sargent was a massive support," she said. "She was always there to talk things through and explain things.

"She even visited me wearing a Geiger counter when I had to be in a lead-lined room for four days after my radioactive iodine therapy.

“Knowing that there’s always someone there for you makes a massive difference.” 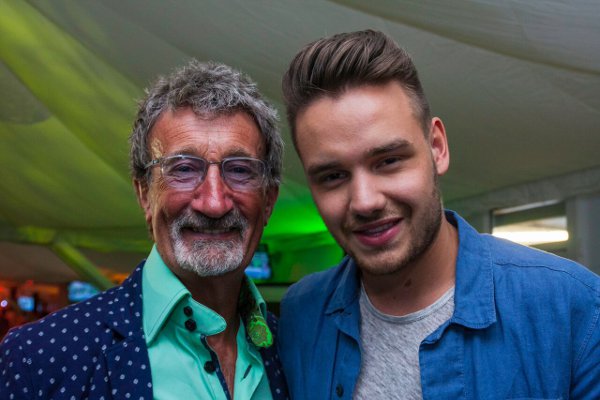 Lara Perkins, CLIC Sargent Social Work Assistant, added: “CLIC Sargent is almost entirely dependent on donations, so it really is due to the generosity of people like the Jordans that we’re able to be there for the people who need us.

"It was great to meet them in person to say thank you.”

At the event, Celtic FC Foundation also made a donation of £60,000 towards CLIC Sargent’s new Home from Home in Glasgow, which is due to open in August.

Tony Hamilton, Chief Executive of Celtic FC Foundation said:  “The new Home from Home will make such a difference to the lives of the 300 children and young people who are diagnosed with cancer in Scotland every year.

"CLIC Sargent Homes from Home help support families who regularly travel large distances for their child to be treated for cancer.

"They provide free self-catering accommodation, just a short walk from the hospital, so that the family can stay together."