CHRIS PINE has brought the legendary Robert the Bruce to life in the much-anticipated Netflix film Outlaw King and it's a story that deserves to be told.

The King of Scots from 1306 to 1329, during that period Bruce famously led the Scottish against the invading forces of the English. It was a conflict that would come to be known as the First War of Scottish Independence and one that Bruce emerged from victorious.

A Scottish national hero, what's often forgotten is the close relationship Bruce enjoyed with the Irish. It was a relationship forged on the basis of a mutual enemy: the English. After a series of military victories between 1310 and 1314, including the famous Battle of Bannockburn, Bruce had control of much of Scotland.

He began pushing his forces further south, embarking on raids across areas as far down as Yorkshire and Lancashire. From there, Bruce's forces began to move west, across the Irish Sea, after the King of Tyrone, Donal O'Neil, responded to an offer of assistance against English forces.

It was then that Robert's younger brother, Edward, emerged as the man to lead Ireland. Crowned high king of Ireland in 1316, Edward the Bruce had fought alongside his brother, commanding a Scottish schiltrom during Bannockburn, where he had earned a reputation as a fearless warrior. 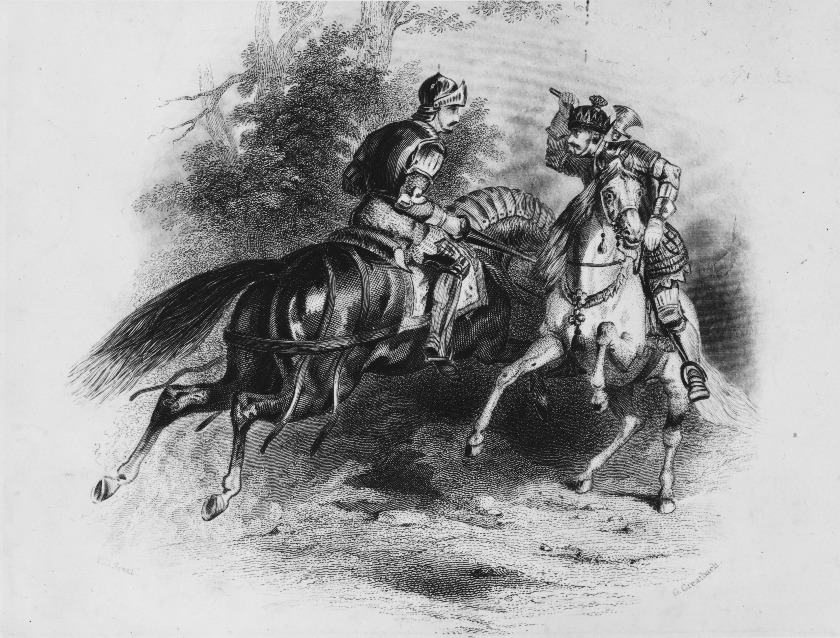 Together they envisioned a collective power with shared customs, language, and heritage and it wasn't an entirely removed from reality.

The name Scotland derives from the word Scotia or Land of the Scoti and dates back to Latin history of the Middle Ages and the story of Scotus, who was an Irishman, and his homeland of Scoti, in Ireland. It was the Irish family dynasty of Dál Riata, in Antrim who then headed to the northern reaches of Britain, eventually settling in what they called the land of Scot or Scotland as it would come to be known.

Robert the Bruce's Irish ties went further still. He married Elizabeth de Burgh, the daughter of one of the most powerful Irish nobles of the period, Richard Óg de Burgh, 2nd Earl of Ulster. Their mother's side of the family (the Carricks) was also descended from Gaelic royalty in Scotland, which gave them a further kinship with the Irish.

Edward’s Irish links, meanwhile, would have most likely included a period where he was fostered in Ireland as a child, which was often the case in Scottish and Irish families of the time. This may have included stints with the O’Neills of Ulster and Bissetts of Glens of Antrim. He was also Robert's only surviving brother with their three other siblings kidnapped and executed during their guerilla conflict with the English.

But while the chieftains of Ulster accepted the Bruces' involvement, further south they struggled to garner support, with most major leaders struggling to see the difference between an English and a Scottish occupation. Without their support, the Bruces' war against the English on Irish soil was always likely to flounder, but for a time they made gains.

In the space of less than a year, Robert and Edward’s Irish/Scottish force gained control over much of Ireland. This period included the Battle of Kells, where Edward the Bruce and his forces defeated Sir Roger Mortimer in November of that year, forcing Mortimer to return to Dublin and then England.

However, things took a turn for the worse with the  arrival of the 1317 famine. While extreme weather conditions, likened to a mini-ice age had hit harvests hard the previous year, this was the point at which Edward struggled to provide food for most of his men. 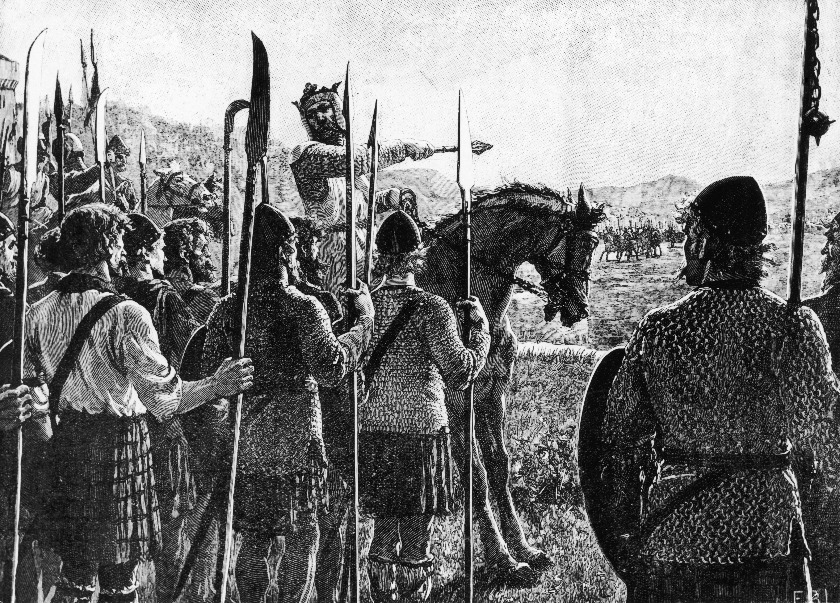 Robert the Bruce (1274 - 1329), King Robert I of Scotland, addresses his troops before the Battle of Bannockburn in Scotland, 23rd June 1314. Here Bruce won a decisive victory over King Edward II of England. A plate from 'Cassell's History of England'. (Photo by Hulton Archive/Getty Images).

Eventually, King Robert returned to Scotland, while the extreme weather saw both sides lie dormant. By the summer of 1318, the weather had begun to pass. It was then that  Sir John de Bermingham, whose uncle, the Lord of Ardee, had been killed by Edward and hung from the battlements of Ardee Castle in the early months of the invasion, joined forces with Edmund Butler.

Together they marched against Edward the Bruce with a large force, eventually encountering Edward just north of Dundalk in what would become known as the Battle of Faughart.

Though details remain sketchy, some have suggested Edward the Bruce was the architect for his own defeat, refusing to wait for reinforcements and deciding to engage with an enemy force said to be as many as 20,000 strong. When his Irish allies expressed concern over the stronger enemy force, Edward placed them to the rear of the battle formation near the top of the hill, with 2,000 Scottish troops left to face the brunt of the onslaught.

It was an onslaught that proved too much. The Scots suffered major casualties, including Edward himself. A famous scalp among his English enemies, Edward's body was quartered and sent to various towns across Ireland while his head was delivered to King Edward II.

The defeat ultimately led to the complete collapse of the Scottish forces in Ulster, with the English recapturing their base in Carrickfergus Castle a month later.

It brought an end to Ireland's era of high kings but did at least shore up Robert the Bruce's control of Scotland. The Scot's campaign in Ireland ensured the English would never again launch attacks on the western Scottish seaboard.

Edward's remains were eventually buried in the churchyard on the Hill of Faughart, near Dundalk, County Louth, with his grave marked by large flat stone which was laid on top of the grave can still to be seen. Though he was able to recover several lost territories during his time as King, he failed to fully unite Gaelic Ireland or bring about the downfall of the English government in Ireland.

His efforts in Scotland were not forgotten though with his memory living on through Robert, who ruled over Scotland until 1329.