EMILIA CLARKE has hit out at the endless questions she had to face from journalists over her nude scenes on Game of Thrones.

The 32-year-old actress has emerged as one of the breakout stars from the HBO fantasy series, going on to star in a string of big budget films.

However, despite her appreciation for the show and the success it has brought her, Clarke admitted she had become “sick and tired” of how often the topic of her nude scenes on the show were brought up during interviews.

“The last time that I was naked on camera on Game of Thrones was a long time ago, and yet it is the only question that I ever get asked because I am a woman,” she explained to The Hollywood Reporter.

“And it's annoying as hell and I'm sick and tired of it because I did it for the character — I didn't do it so some guy could check out my t**s, for God's sake.” 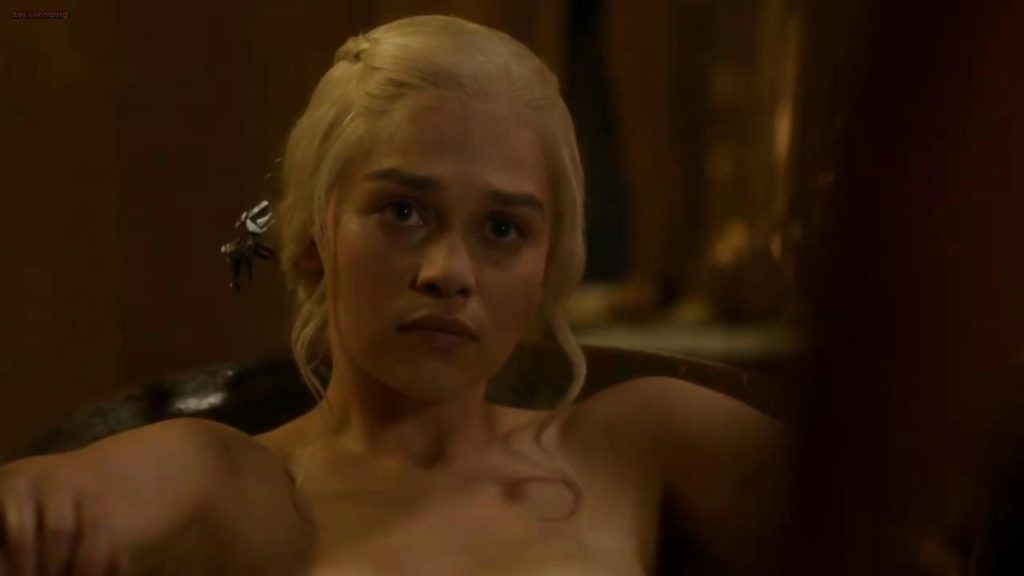 The London-born star went on to reveal that she was offered a starring role in the big-screen adaptation of E.L. James' Fifty Shades of Grey trilogy but ultimately turned it down for fear it would see her typecast.

"I did a minimal amount and I'm pigeonholed for life, so me saying yes to that, where the entire thing is about sensuality and sex and being naked and all of that stuff,” she told THR.

“I was just like, ‘No way am I going to voluntarily walk into that situation and then never be able to look someone in the eye and be like, 'No, you can't keep asking me this question.'"

Though she featured during a nude scene in the first season of Game of Thrones, a body double was used for some scenes later on in the show’s run, with Clarke famously taking to Instagram to defend the decision.

“In drama if a nude scene forwards a story or is shot in a way that adds insight into characters, I’m perfectly fine with it,” she wrote on social media.

“Sometimes explicit scenes are required and make sense for the characters/story, as they do in Westeros.”

“If it’s gratuitous for gratuitous sake, then I will discuss with a director on how to make it more subtle.”