Ole Gunnar Solskjaer, Manager of Manchester United and Kieran McKenna, first-team coach of Manchester United arrive for a training session ahead of their UEFA Champions League Round of 16 match against Paris Saint-Germain F.C. at Aon Training Complex on February 11, 2019 in Manchester, England. (Photo by Jan Kruger/Getty Images)

New Manchester United manager Ole Gunnar Solskjaer has confirmed he wants Kieran McKenna to  stay on as first team coach at the club.

The United boss penned a three-year deal today after an impressive sequence of results since coming in as caretaker manager towards the end of last year.

And the Norwegian assured McKenna, Mike Phelan and Michael Carrick that they still feature in his plans. 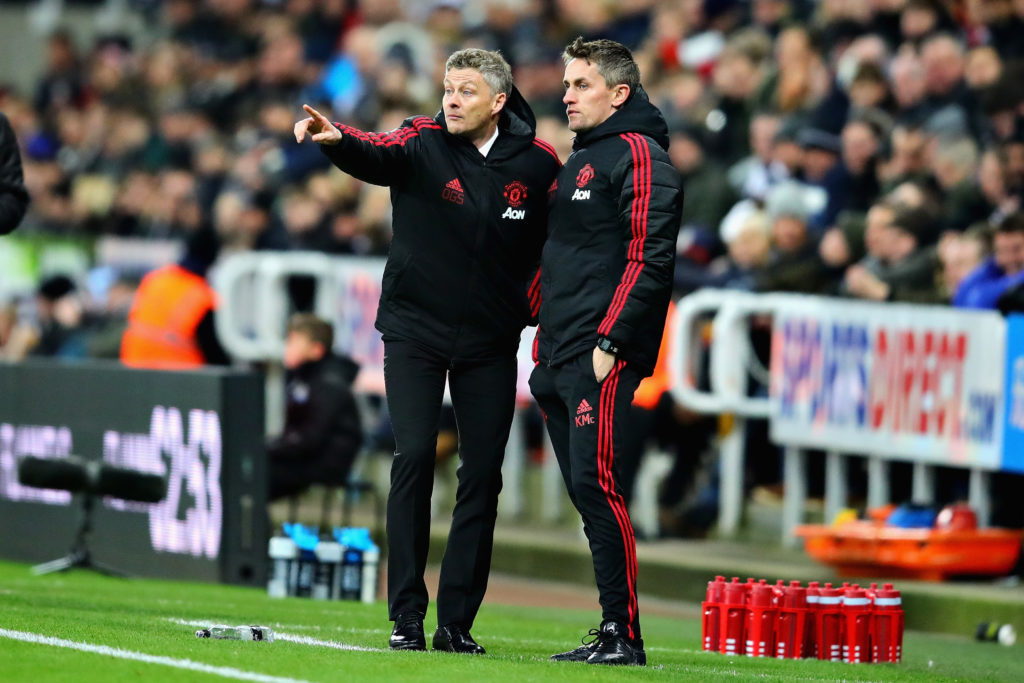 Solskjaer said: "Of course, I've voiced my opinion and the set-up we have now, I really hope that's going to continue, the staff we have work so well together is key to having success to getting results.

"I'm not looking to make any changes there and they've not knocked on my door and said they don't want to continue, so hopefully we'll have the same set."

McKenna joined Tottenham in 2002 and captained the reserve side, but was forced to retire in 2009 aged just 22.

“It was obviously devastating when I had to stop playing at a young age, but with the support of my family, I stayed positive and looked to the future," he said.

That future consisted of studying sports science at Loughborough University and a successful stint working for Tottenham's academy - where his good work came to the attention of Manchester United any many others.

"To go to Manchester United, there is no bigger move you can make, it's another fantastic academy and it's a dream come true really," he said at the time.

"I was a massive United fan, my dad brought me over to my first game in the 1994 season to see them lift the Premier League trophy."