POLICE are looking into the possibility of Irish trafficking gangs being involved in the deaths of 39 people who were found in the refrigerated container of a lorry in Essex on Wednesday morning.

According to reports, including testimony from those who have worked on the industrial estate in Grays where the vehicle was found, the area has been used for smuggling and trafficking in the past.

Just hours after the discovery, police in Kent found nine people alive in the back of a lorry on the M20.

It was driven by a 25-year-old Northern Irishman from Co. Armagh, who was initially arrested on suspicion of murder, but has since been released without charge. 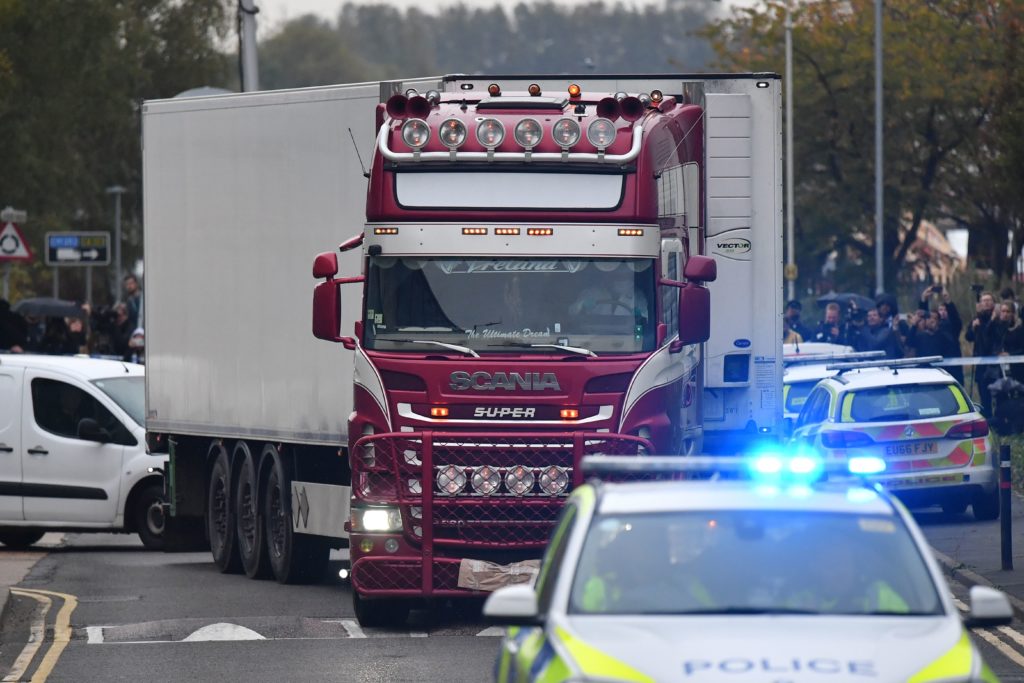 The driver is believed to have contacted authorities about the situation, and Essex police have said that it's "unlikely" he had any knowledge of the 39 individuals hiding in the container.

The container was initially registered in Varna, Bulgaria, but the Bulgarian Foreign Ministry said it hasn't been in the country since 2017 and that it's "owned by an Irish woman."

Further links to an Irish firm with headquarters in Dublin have been speculated.

Varna itself is well-known for its cigarette smuggling routes and has links to Irish republican gangs.

Meanwhile, workers on the Waterglade Industrial Park in Essex claim that the area has been used for human trafficking for years.

One business owner described seeing 20 migrants running away after clambering from the back of a lorry at the isolated site, according to the Daily Mirror.

He said: "With the Tilbury Docks, naturally you get a lot of lorries in this area. We had a similar incident three or four years ago.

"We had a lorry pull up opposite where our unit is. The driver got out, opened up the back and about 20 people got out and ran off up the road."

Despite the growing speculation, Gardai have stressed that there's 'no evidence' that Irish gangs are involved and suggest that they're confident that no persons entered the UK through Ireland.