We need to talk: Examining the issues surrounding men and mental health

With males accounting for eight out of every 10 suicides in Ireland alone last year, it’s clear that something needs to change and fast.

But how do you start the conversation? Jack Beresford spoke to Stephen Buckley, Head of Information at the leading mental health charity Mind, to find out.

Jack: What are some of the most common signs that someone needs to talk?

Stephen: Because men can often be more closed about their feelings it can be harder to spot if a friend or family member might be experiencing depression or anxiety. There may be certain things that trigger your friend or relative’s depression, for example, feeling stressed, relationship problems or money worries. You may be able to learn what their triggers are, or spot when an episode might be starting, and encourage them to take action before it gets any worse.

Jack: Is there a problem among men when it comes to talking about emotions?

Stephen: Sadly too many men wrongly believe that admitting they are experiencing a mental health problem makes them weak, and this kind of self-stigma can prevent them from seeking help and ultimately can cost lives.

The idea that ‘real men don’t cry’ can prevent men from accessing the help that they need. Men are half as likely to talk to their friends about problems as women and only 31 per cent of men would discuss worries with their relatives, compared to 54 per cent of women. While women tend to have a solid network of friends and family with whom they are comfortable discussing emotional issues, men are much more likely to rely solely on their partner – if anyone at all. This puts men at a greater risk of emotional isolation.

Men also often try and find ways of dealing with their problems independently rather than reaching out and sharing their problems. Instead of talking about their problems, men prefer to watch TV, exercise or drink alcohol whereas women were twice as likely to talk to their friends when trying to unwind.

Even when they do reach out, many men may not be diagnosed as having a mental health problem because more typically ‘male’ symptoms, such as aggression or self-medicating with drugs or alcohol, which may mean their problems are misdiagnosed or overlooked. 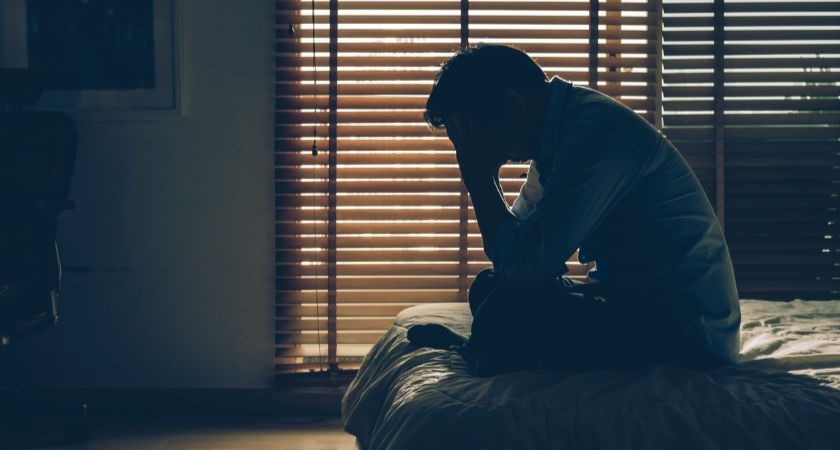 Jack: What are the most common mistakes when it comes to dealing with these issues?

Stephen: Men find it much harder than women to talk to their friends about their mental health – generally, men tend to rely on their partner as their sole means of support, whereas women seek support from a wider group of friends and relatives. This means that the breakdown of the primary relationship in their life can leave men thinking that they have no-one to turn to and ask for help.

It's also common for men to feel unsure about seeking support for their mental health, and to feel like they can handle things by themselves. But it's always ok for you to ask for help – even if you're not sure if you are experiencing a specific mental health problem.

Some reasons why you might choose to get help could include: finding it difficult to cope with your thoughts, feelings or behaviour; these thoughts and feelings having an impact on your day-to-day life; or just wanting to find out about the support that might be available to you.

Research conducted by Time to Change, the anti-stigma campaign run by Mind and Rethink Mental Illness, shows us that men are still not comfortable talking about mental health problems and don’t realise the impact their attitude has on others.

Jack: What can people do to make themselves available to any friends or family?

Stephen: If you think a friend or family member is depressed or anxious or simply not themselves there are a few things you can do to support them:

It takes a lot for someone to say "I need help", but it doesn’t hurt to raise the subject yourself. Sometimes you don’t have to explicitly talk about mental health to find out how your friend or family member is doing – it can be as simple as texting them to see if they want to do something, whether they are free for you to visit them. Time to Change, the anti-stigma campaign run by mental health charities Mind and Rethink MentalIllness, has useful tips for having conversations about mental health.

Perhaps the most important thing that you can do is to encourage your friend, relative or loved one to seek appropriate treatment. You can reassure them that it is possible to do something to improve their situation, but try to do this in a caring and non-judgemental way.

Try not to blame the individual for feeling anxious or depressed, or tell them to ‘pull themselves together’. They are probably already blaming themselves, and criticism is likely to make them feel even worse.

Someone with depression may get irritable, and be more liable to misunderstand others, or feel misunderstood, than usual; they may need reassurance in some situations, and you may need to be patient with them. 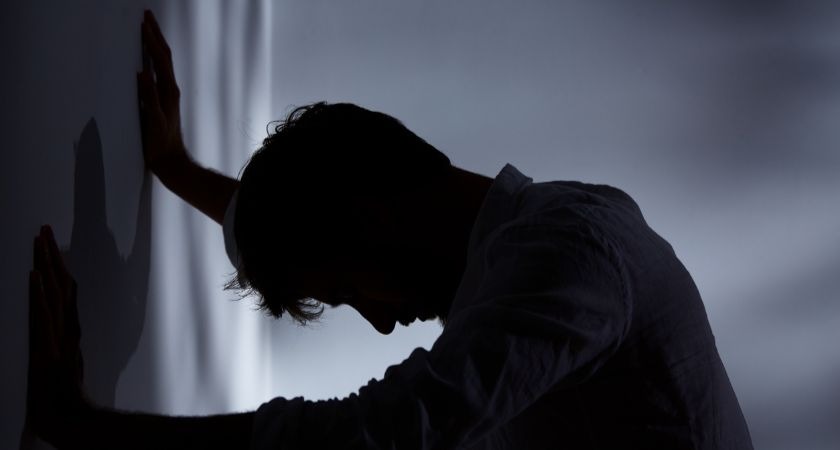 Jack: Does alcohol play a harmful role when it comes to men dealing with personal problems?

Stephen: Compared to women, men expose themselves to greater risk of general ill-health. For example, men are more likely to drink alcohol to excess, more likely to misuse drugs, more likely to work very long hours, and more likely to be overweight. These lifestyle factors are important because there are known correlations between physical health and mental health.

Alcohol and drug misuse are, for example, directly linked with an increase in mental health problems and we know that there’s a temptation for men to use alcohol or other recreational drugs as a way of coping with problems. In the medium term, over-use of alcohol can contribute to poor decision-making, lack of concentration, memory problems and - for some people - addiction.

Jack: What sort of support is out there both online and in person?

This interview originally appeared on loaded.