ARDAL O'HANLON has recalled how the death of his Father Ted co-star Dermot Morgan in 1998 was "a wake-up call" which made him re-evaluate his priorities in life.

Morgan, who played Fr Ted Crilly alongside O'Hanlon's hapless Fr Dougal McGuire in the iconic Channel 4 sitcom, died from a suspected heart attack on February 28, 1998 – hours after recording the last episode of the show's third and final series. He was just 45.

Co. Monaghan native O'Hanlon said the shock death of his friend and colleague made him take stock of what was really important to him.

He told the Sunday Independent: "It was a wake-up call in many ways. Me and my wife and child went to a hotel down in Limerick and just tried to take it all in.

"I felt terrible for his family. Maybe Dermot didn't look after his health.

"I took a big step back after that in terms of priorities. I was a thirtysomething comedian in London, living that lifestyle, I had stopped doing exercise".

The 53-year-old added: "After Dermot's death, I said to myself: 'I'm going to enjoy my life and enjoy my family, because who knows how long any of us will be here'." 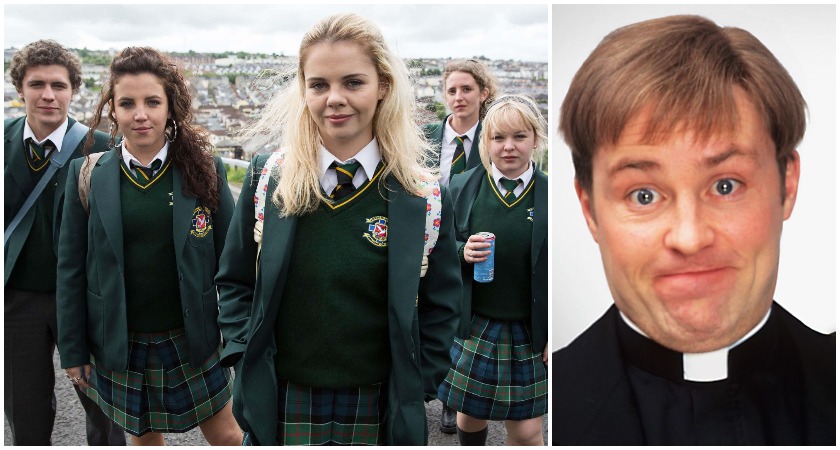 O'Hanlon – who recently joined the cast of fellow Channel 4 sitcom Derry Girls ahead of its second series – remembered his former co-star as an energetic man with a big personality.

"[Dermot] was a very lively character, very loud and outgoing, very scatterbrained and always on his phone and fidgeting," he said.

"He could be hard to rehearse with. In this context we were acting properly for the first time.

"There was a giddiness about the whole thing: we were in a British sitcom and we'd grown up on British sitcoms like Fawlty Towers. I think he thought of Father Ted as payback for all of the s**t he'd had to put up with over the years."

O'Hanlon also recalled how the first inkling he had as to how successful Father Ted would be came during the "magical" tapings of the first series before a live studio audience.

He added: "After it was all recorded, I went around to [co-creators] Arthur Mathews and Graham Linehan's flat in Kilburn and we watched all six episodes back-to-back.

"I was blown away and I didn't really see myself in it. There was a tremendous sense of satisfaction."