IRISH comedian Joe Rooney insists he isn't the father of England midfielder Jack Grealish, in spite of the uncanny resemblance.

The Father Ted actor, who played Fr Damo, says he's been sent loopy by the number of messages he's received from football fans since the start of Euro 2020, comparing him to the Aston Villa star.

Speaking to the Irish Sun, Rooney said: "I was getting constant messages about Grealish looking like my son during the Euros.

"I guess I don't mind because he's a good looking fella. I don't have that sort of hair anymore but Father Damo was big into his hair."

The 57-year-old went to brand Grealish "an awful b****cks" for choosing to represent England over Ireland.

Grealish represented Ireland at youth level before switching allegiances in 2015.

While born and raised in Birmingham, the 25-year-old has family roots in Ireland. His mother's family are from Dublin, while his father has links to Counties Galway and Kerry.

In the town of Sneem, Co. Kerry, locals gathered in droves to support Grealish during the final of Euro 2020 on Sunday, given that the Premier League star's grandmother still lives there. 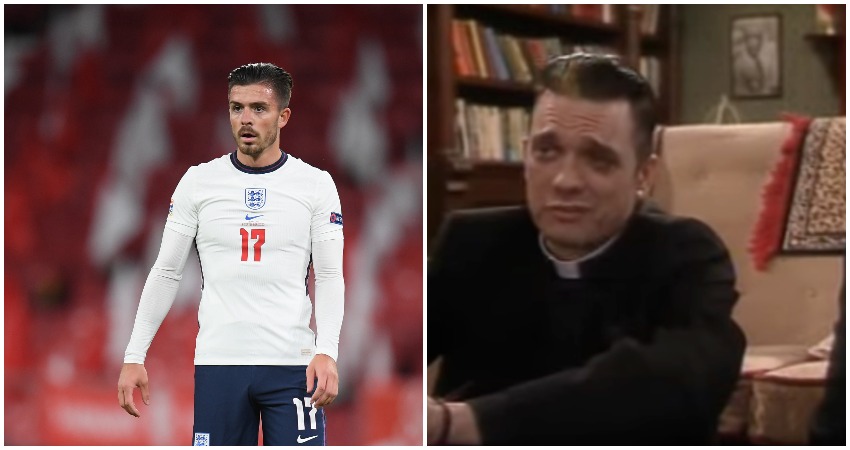 Grealish's controversial decision to represent England looked for a while like it wouldn't pay off.

He didn't get called up to the senior squad until 2020, five years after switching allegiances.

Prior to this summer's European Championship's, Grealish had only made a handful of appearances for the Three Lions, but after a stellar season with Villa, he went into the tournament as one of Gareth Southgate's biggest weapons.

Used mainly from the bench as an impact sub, Grealish grew into something of a fan favourite, with his brightest moments coming during England's 2-0 win over Germany in last 16, where he was involved in both goals.

He helped England to their very first European Championship final, and the country's first major tournament final in 55 years, but they fell agonisingly at the very last hurdle, losing 3-2 on penalties to Italy.