A TRUMP supporter has been killed after being shot by police officers inside the Capitol.

A number of protesters stormed Congress on Wednesday to try and stop Joe Biden's victory from being certified.

It's understood that a woman has been shot in the chest.

It's not clear who exactly shot the woman, but police are believed to have treated her on the ground following the shooting.

The remarkable incident follows news that a pipe bomb was found in the building.

Police have now enforced a 6pm Curfew in Washington D.C. to combat the violence. 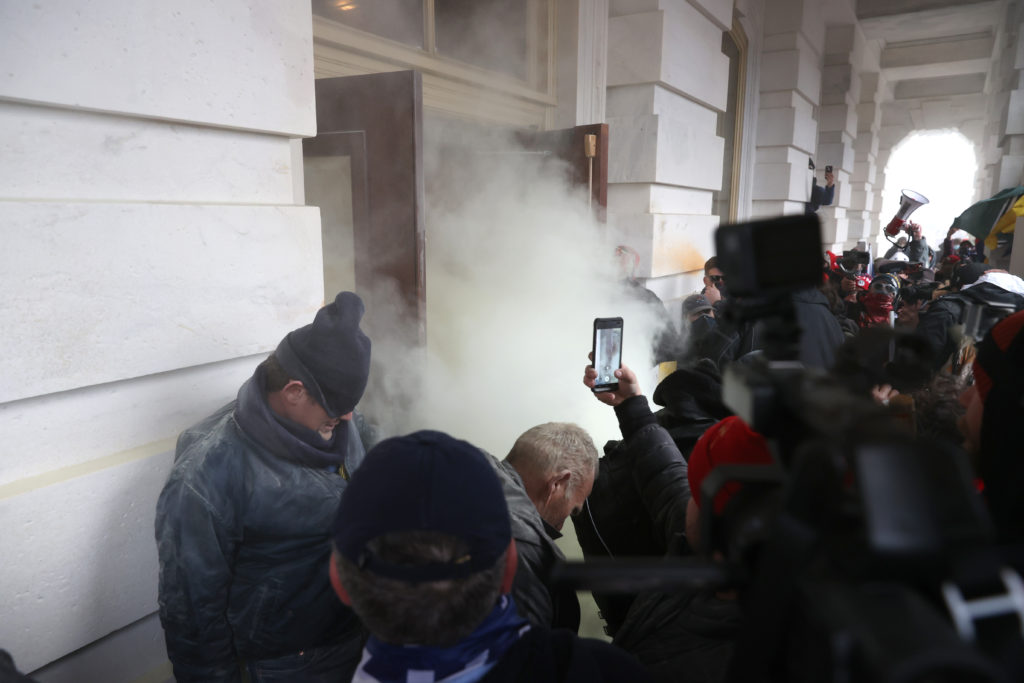 Dozens of people have been injured after a number of angry Trump supporters smashed windows inside the Capitol building in an attempt to prevent Congress from certifying the Electoral College result this afternoon.

Lawmakers, including Vice President Mike Pence, Nancy Pelosi and Vice President-Elect Kamala Harris were immediately ushered away from the protesters.

President-Elect Joe Biden called on the "mob to pull back" and likened the violence to sedition - suggesting the protesters have been encouraged to rebel against the state.

Mr Trump meanwhile initially said nothing to discourage the mob, but eventually asked his supporters to "go home".

He did however stress that he understands their pain, given his constant insistence that he was rightfully won the US election in November.