A FINE GAEL Senator has requested that golfers and sea swimmers be exempted from the nation-wide 5km Covid-19 travel restrictions.

Senator Seán Kyne, who put forward the proposal in the Sinead, highlighted the devastating effect of coronavirus restrictions on sea swimmers, most of whom needed to travel beyond their 5km zone to access the sea.

He went on to argue that that “playing golf is important, particularly for retirees”, and appealed to the Cabinet subcommittee to “consider this matter because many people, particularly retirees, like to play a round of golf in pairs”, the Irish Times reports.

Others were critical of the government’s tough stance on travel restrictions, including Independent Senator Sharon Keogan, who blasted the restrictions and described the Government’s current Living with Covid strategy as a “fraud” and an “abject failure”.

“Is being fined by gardaí for going for a walk in the hills or swimming in the sea living with Covid?” she asked, adding that “to my mind, this is a dystopian vision of living”.

The Co. Meath Senator said that people’s lives were being curtailed to an unreasonable extent.

“It is not right to permit the country to be ruled as if we were a hospital ward and her people to be treated like they were all vectors of a disease.” 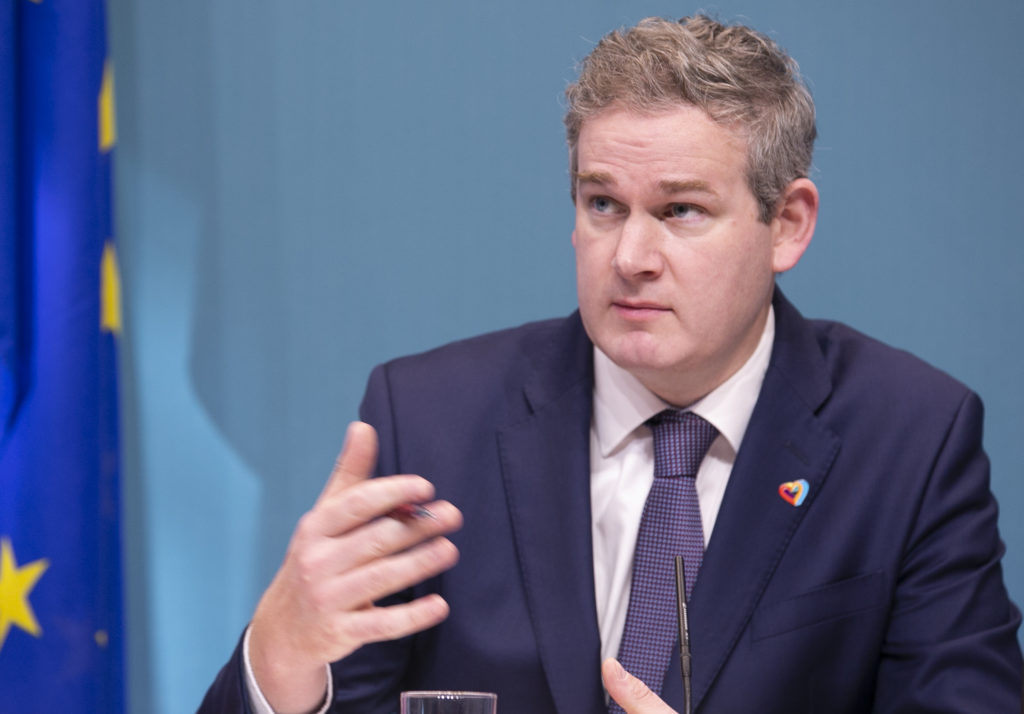 Continuing her harsh rebuke of Government policy, Ms Keogan said that “even the term ‘strategy’ is a misnomer. It gives the impression of a plan that was fully thought through, is nuanced, sophisticated and takes account of its consequences, and provides predictable clarity and stability. This muddled approach by the Government is anything but.”

She said the questionable “strategy” was having a “terrible effect on the health and mental health of this nation”, with “ballooning public debt and the prospects of businesses collapsing”.

Labour Seanad leader Ivana Black flagged concerns about the “lack of a coherent strategy on Covid from Government”, but unlike her Co Meath colleague, she expressed her party’s wish for a “more aggressive suppression strategy”, not less restrictions.

This would entail greater restrictions on international arrivals and on the numbers of people coming into the State more broadly – as well as the speeding up of mandatory hotel quarantine measures, and the need to offer a viable exit strategy which ensures this is the last Covid-19 lockdown.

She said there is “increasing frustration, an increasing drift back into offices as people feel a lack of hope for the future and the lack of any clarity in communication from Government on how we progress our way out of this awful pandemic”.

The public “are deeply frustrated when they see others flying in and out, apparently without sanction, yet they are subject to such severe restrictions and curtailments of their civil liberties here”, she added.

While she welcomed the return to school for special needs students on Monday, she stressed that this clarity should be afforded to all other students returning to school.

“We are again seeing mixed messaging and a lack of clarity around dates. We really need to ensure children know when they are coming back.”