FIREFIGHTERS HAVE been tackling a small blaze which broke out in Dublin's Guinness brewery.

Firefighters rushed to the scene at the brewery in St James's Gate near the iconic Guinness Storehouse yesterday shortly after 10am, The Journal reports.

The 'small fire' was extinguished at around midday and is understood not to have affected the brewing operations or to have spread to other rooms or nearby buildings, being contained in the barley roaster drum where it broke out.

Three Dublin Fire Brigade units from stations in nearby Dolphin's Barn and Tara Street were called to the scene, and firefighters entered the building, off School Street, with breathing apparatus to tackle the fire.

In a statement to The Journal by Guinness's parent company Diageo, they confirmed that a "small fire" had broken out "inside a barley roaster drum at Saint James's Gate".

"The incident was contained quickly and we were back in operation at our roast house in a matter of a few hours, with no impact on brewing operations."

The Guinness Brewery and Guinness Storehouse are both situated in the Saint James's Gate area of Dublin, behind an iconic black gate featuring the Guinness logo. 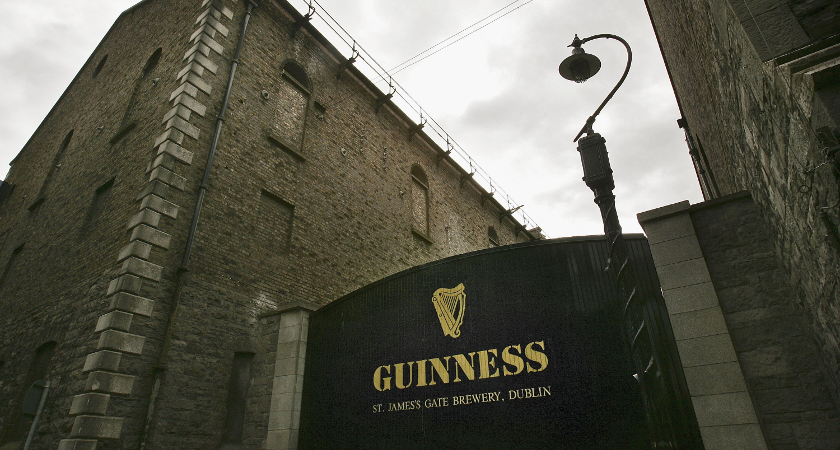 The Storehouse has been visited by everyone from the British Queen Elizabeth to then-US President Barack Obama, and is one of the most popular tourist spots in Ireland.

In 2019, it was the most-visited tourist attraction that year, drawing more than 1.7 million guests in 12 months-- who were served an estimated 1.1million pints of the black stuff.

The Guinness Storehouse, like all indoor tourist attractions, has been hard-hit by the pandemic and associated restrictions, but Ireland is beginning to open up again, and thanks to the quick actions of the Dublin Fire Brigade, the brewery and Storehouse are ready to go.