Firearm, silencer and stun guns among weapons seized by anti-terror police in Belfast

POLICE have released images of a shocking haul of weapons seized by anti-terror officers during a search in Belfast.

Among the weapons was a firearm, silencer and two stun guns.

A 32-year-old man remains in police custody following the discovery.

The items were recovered during a search in West Belfast on Tuesday by detectives from the PSNI’s Terrorism Investigation Unit (TIU).

Others items seized included a quantity of ammunition, an imitation firearm, two cans of pepper spray and an extendable baton. 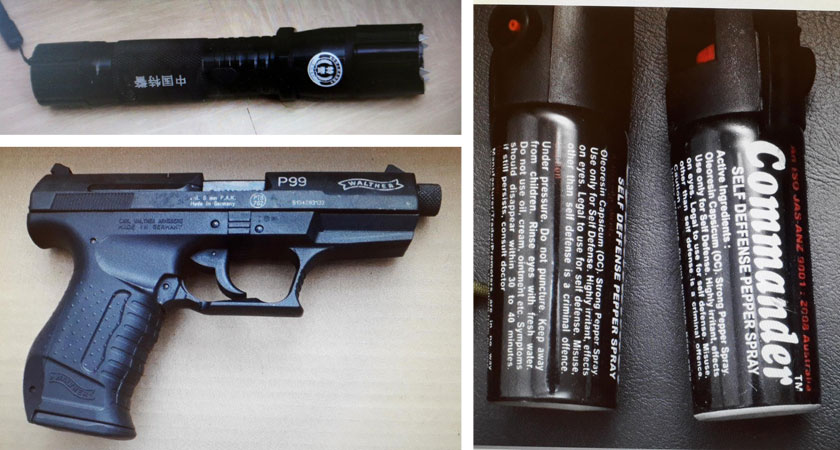 All the items have been taken away for further examination.

Detective Inspector Anthony Kelly said: “The search followed the arrest of a 32-year-old man earlier in the day, on suspicion of possessing an offensive weapon. He remains in police custody at this time.

“The seizure of these firearms and other items demonstrates our commitment to removing harm from our community and I would encourage anyone with information regarding criminality to contact police on 101.”

Information can be provided anonymously to Crimestoppers on 0800 555 111.

Last week several suspected firearms were seized during a search in West Belfast.

Hijacking investigation underway as driver 'pulled from his van' in Belfast