Flybe could save services between London and Derry after Ryanair's departure

FLYBY is considering a new route between Derry and London Heathrow – if plans for a third runway at the British airport are approved.

It is one of 12 regional routes under consideration should the plans get the go ahead.

Other potential services include Liverpool, the Isle of Man and the Channel Islands of Jersey and Guernsey.

The news that Flybe could launch a service to City of Derry Airport comes in the wake of Ryanair’s decision to axe its Derry to London services last month.

Flybe’s announcement will renew hopes that the struggling Eglington facility could secure alternative routes and carriers.

In a statement, Flybe CEO Saad Hammad said expansion plans at Heathrow “heartened” the airline “as champions of regional connectivity.”

"To effectively compete in a post-Brexit environment whilst a third runway is built in the South East, and in light of the new Heathrow plans, Flybe would strongly urge the Government to give an expanded Heathrow the green light," he said. 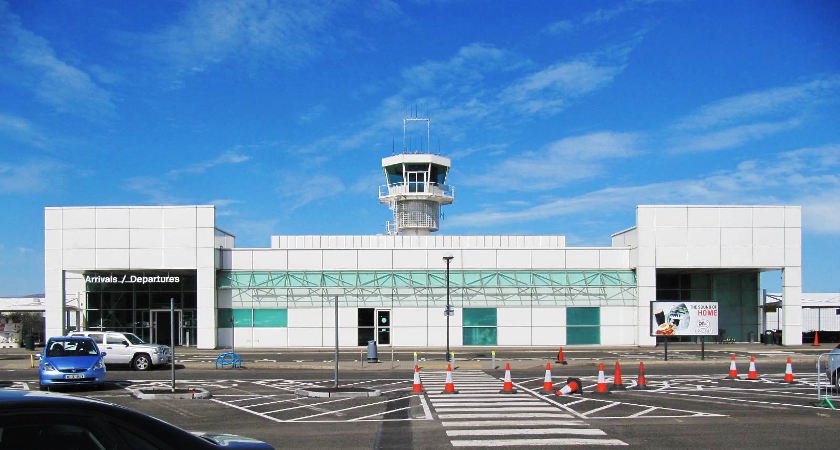 Flybe could be coming to the City of Derry Airport soon (Picture: Wikipedia)
"Together we can then start without further undue delay to deliver the fastest, most convenient and frequent selection of regional air services that Britain badly needs.”

Speaking to Highland Radio on Tuesday, Donegal Senator Padraig Mac Lochlainn said he was excited by the prospect of a much-needed boost to the region.

"The link to Heathrow is a prize that every airport seeks because it has connectivity throughout the world.

"Throughout the crisis that unfolded after Ryanair's announcement of the removal of links to Stansted what's emerged is that this airport has 340,000 passengers a year, and now with the Public Service Obligation link funded to London I would imagine other British cities will emerge too.

“There is actually an exciting future for the airport."

Flybe currently offers flights from London City, Gatwick, Southend and Stansted airports, but has ambitions to expand into Heathrow.

Should the British Government give the go ahead to build a third runway at Heathrow, the airline has said that it would enter into immediate consultation with the airport.