LEO VARADKAR has denied any breach of Ireland’s COVID-19 restrictions after pictures surfaced on social media of the Taoiseach meeting up with friends in Phoenix Park.

Mr. Varadkar was photographed enjoying the sunshine with his partner Matthew Barrett and two other friends in the popular Dublin Park.

Gardai can be seen walking near Mr. Varadkar’s group but do not appear to have been deployed to assist or support the Taoiseach in any way.

The images, which were captured this past Sunday afternoon, have sparked debate online over whether the Taoiseach is in breach of the social distancing rules in place to prevent the spread of COVID-19.

Under the government rules, groups of four are permitted to meet outside.

However, they are restricted from travelling further than 5km from their homes and groups must remain two metres apart from anyone they are not currently residing with. 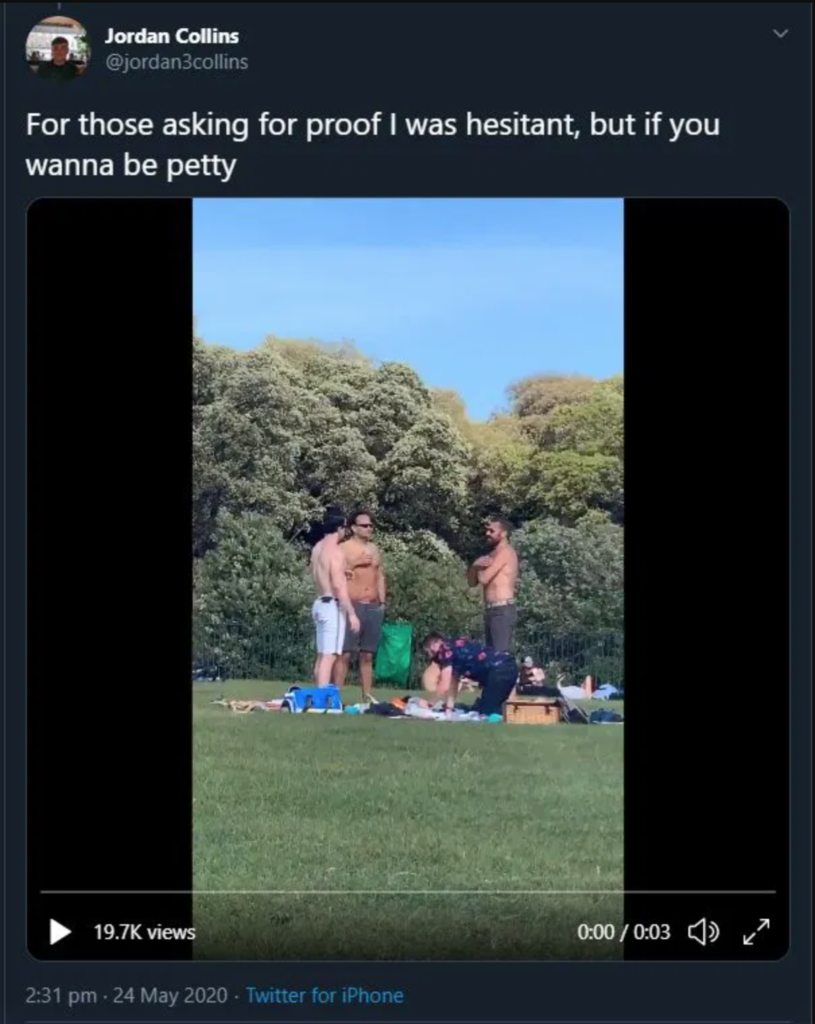 Some online have also accused the Fine Gail leader of failing to keep a two metres from his friends during the outing.

A spokesperson for the Taoiseach has defended his actions though, telling the Irish Independent:

“The Taoiseach was in the Phoenix Park with his partner Matt and two friends on Sunday Afternoon, in line with public health guidance.”

“He was within 5km of the Stewards Lodge, where he is staying during the COVID Emergency."

A source told the newspaper Mr. Varadkar has been using the residence because it has an office with “secure connections” for video conferencing which allows him work from home.

The same source also noted that the Taoiseach’s friends could not come to Stewards Lodge because it was further than five kilometres from their home.

As a result, the group met in Phoenix Park.

Despite some of the accusations of wrongdoing online, many were also quick to defend Mr. Varadkar’s right to enjoy a day off in the sunshine and rebuffed any suggestion of wrong doing.

It’s also not uncommon for Taoiseachs to use Stewards Lodge – Brian Cowen stayed there regularly during his time in office.