On Friday, October 1 Simon Coveney attended the official opening of the Consulate General of Ireland for the North of England, which is located in the city.

The Consulate will “represent Irish interests in England’s northeast, the northwest, and Yorkshire and the Humber,” a spokesperson for the Department of Foreign Affairs explained.

“Its establishment reflects the Government’s commitment to developing the British-Irish relationship and will strengthen the political, commercial, community and cultural ties between Ireland and the North of England,” they added. 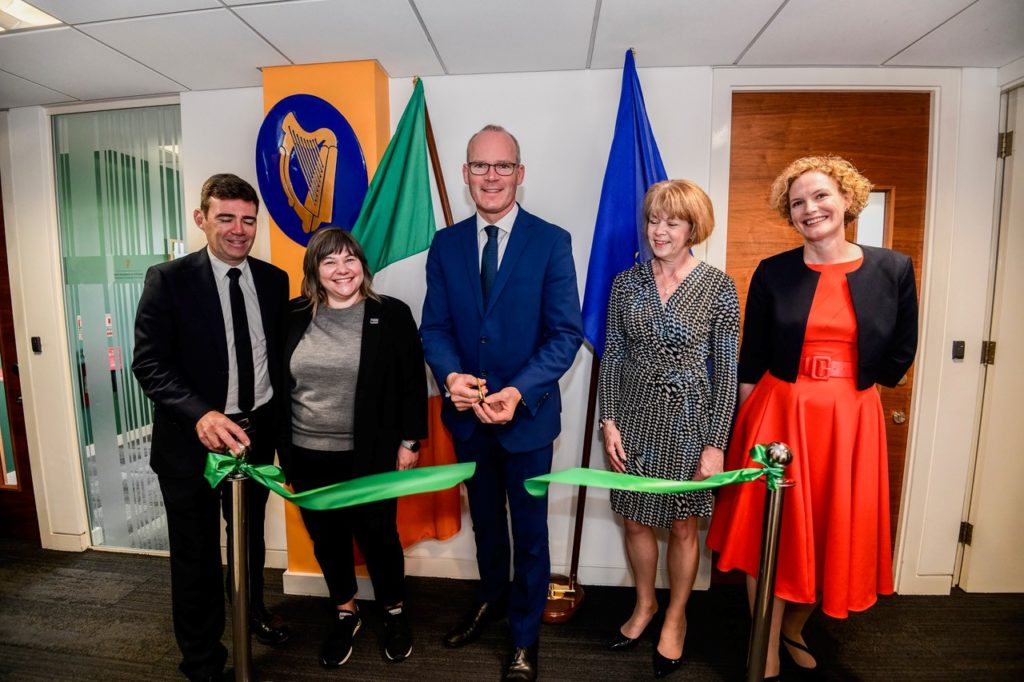 The Minister, centre, was in Manchester for the opening, before moving on the Liverpool to meet members of the Irish community

The Consulate opening is also part of the Government’s Global Ireland 2025 programme, which is aimed at doubling Ireland’s international impact.

At yesterday’s launch, Minister Coveney said: “The establishment of the Consulate, along with opening of an Enterprise Ireland office two years ago, is a physical testament to the importance that the Irish Government places on the relationship with the North of England, and to our ambition for the British-Irish bilateral relationship.

“I am delighted to be marking this major step forward with our new Consul General, Sarah Mangan, and with partners such as the Mayor of Greater Manchester, Andy Burnham, the Mayor of Liverpool City Region Combined Authority, Steve Rotheram, and Wendy Morton MP, Minister for Europe and Americas at the Foreign, Commonwealth & Development Office.” 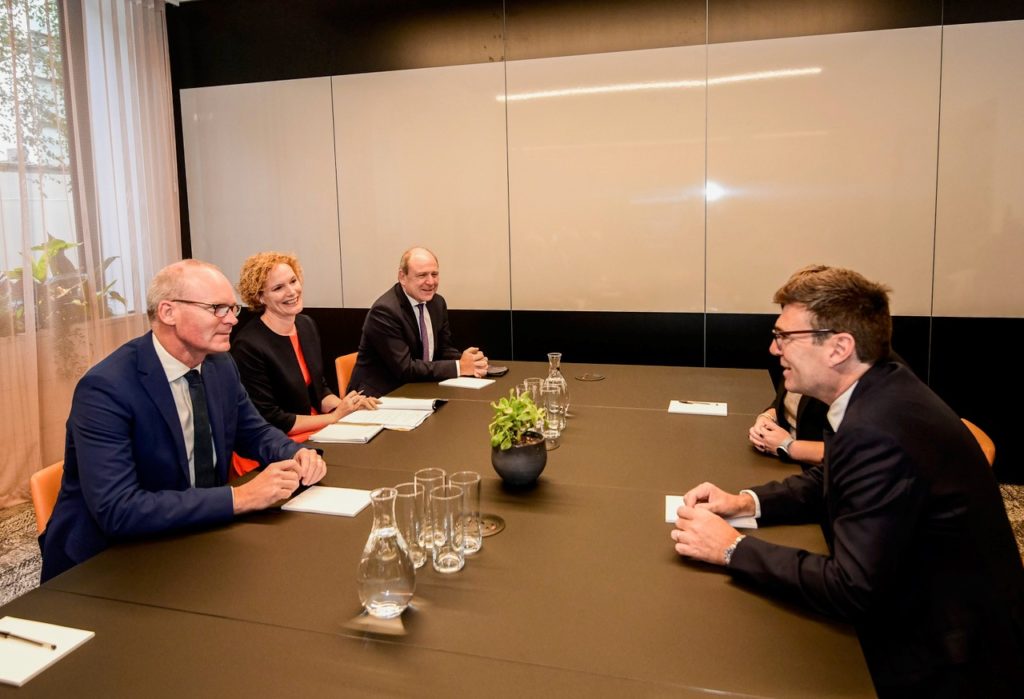 He added: “The links between Ireland and this part of the world are profound, and uplifting, and have been built over generations.

“There are few facets of life where connections cannot be found and my hope is that with the opening of this new diplomatic mission we will strengthen existing partnerships, and forge new ones, across every sector and area of activity.”

As part of the launch, Minister Coveney chaired a business roundtable discussion, looking at opportunities for Irish businesses in the region, before hosting a reception at the Manchester Art Gallery, where he met with representatives of the Irish business and cultural community as well as other key contacts. 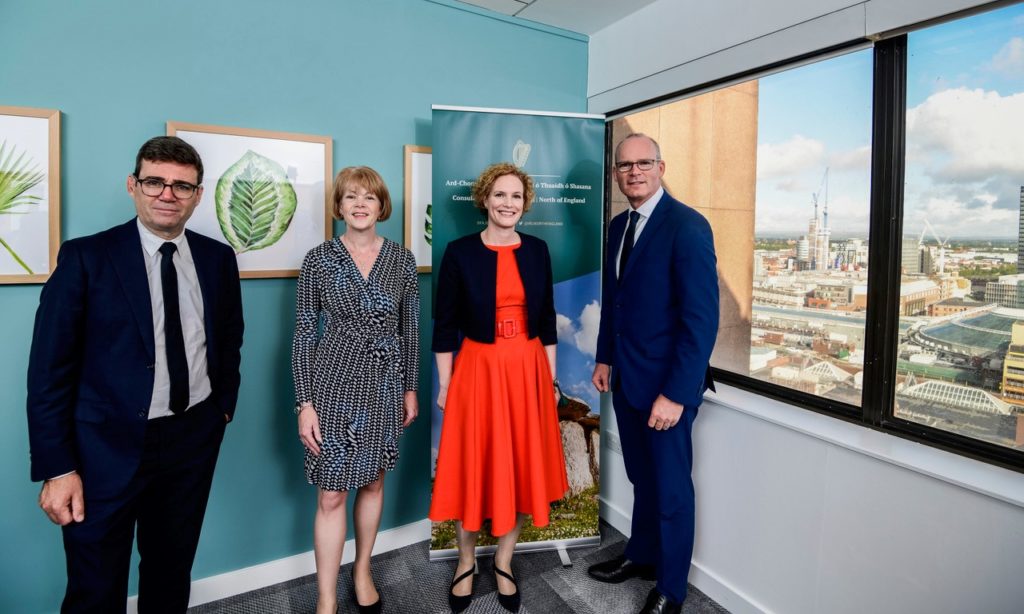 The Minister then travelled to Liverpool for a community engagement at the Liverpool Irish Centre.

In meetings with Mayor Burnham, Mayor Rotheram and Minister Morton, Minister Coveney discussed the Ireland-North of England relationship, and developments, cooperation and opportunities in the community, economic, trade and cultural sectors, his department confirmed.

Minister Coveney also gave his support for an official visit to Ireland that the mayors of Manchester and Liverpool will lead in early 2022 to drive the partnerships between the islands further.