A FRENCH neurosurgeon, who has treated Johnny Sexton in the past, told French radio station RMC that he believes the Ireland captain has sustained "around 30 concussions" during his career.

Sexton - who was recently subbed off the pitch after his head collided with Welsh player Justin Tipuric's knee - said he was "shocked" by the doctor's claims in the aftermath of Sunday's Six Nations clash with Wales.

"I'm pretty saddened and shocked by the inaccurate reports that were thrown out," the fly-half said at a press conference today.

"We've been here before. It's very frustrating."

Dr Jean-Francois Chermann - who made the claims - previously recommended that Sexton be taken off the pitch for 12 weeks when he was playing for Racing Metro.

He told RMC: "But all the tests that were done on this player, for example when he was playing Racing, showed that he had exceptional cognitive performance.

"So what it takes is for him to know what to expect and make the right decisions. I think we can now hear 'yes, I have a risk of developing a neurodegenerative disease but I want to take that risk'. But we have to explain to him what it is.

"The doctor's part, fundamental to this story, is: if there are symptoms, if his tests are disturbed, the doctor must stop him from playing on Sunday." 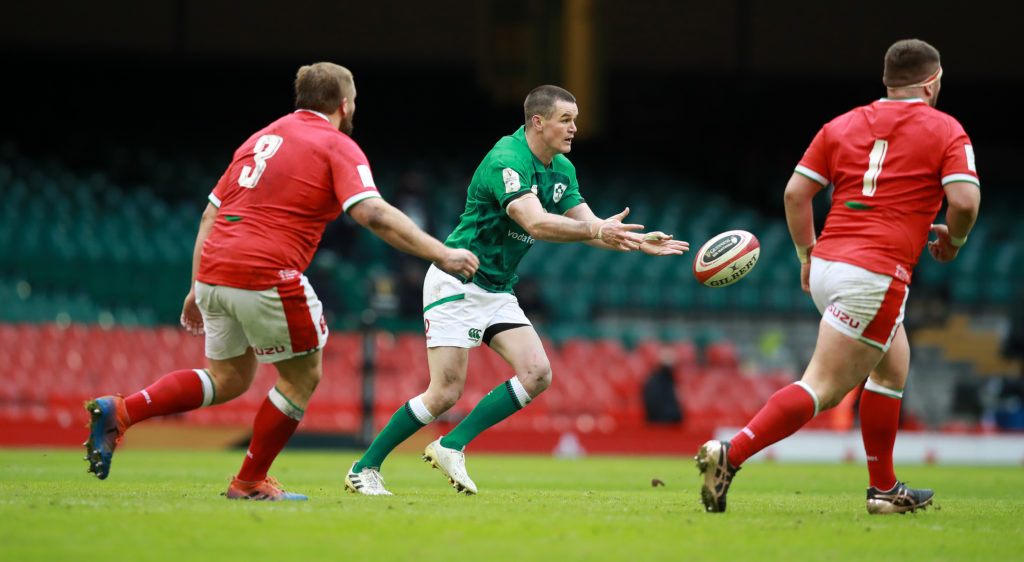 Johnny Sexton of Ireland passes the ball during the Guinness Six Nations match between Wales and Ireland at Principality Stadium on February 07, 2021 in Cardiff, Wales.

The claims come at a curious time, with France set to face Ireland in Dublin this Sunday - a match Sexton hopes to take part in.

Sexton however insists the doctor's comments were both incorrect and inappropriate - and possibly unethical.

"For me, I just think it's totally inappropriate that a doctor I saw many years ago felt it was appropriate to come out and talk to whoever it was and say those things," he said.

"I'm pretty disappointed but I'm so used to it that it's almost like a water off a duck's back but for my wife, mum and stuff like that it's very upsetting.

"I thought there was a patient-doctor confidentiality. I just can't get over the fact someone thought it was appropriate to come out of nowhere and say things that weren't even accurate."

Dr Chermann has since come out and retracted his comments, apologising for his "inaccurate" claims earlier today.

"As regards Sexton, we cannot say for certain that he has had 30 concussions," he said.

"I should never have cited this figure without any explanation and I regret the wrong I have done to the player who was my patient and who I respect more than anyone."