LOCALS were left outraged after two defibrillators were stolen in separate incidents over the weekend.

"These defibrillators save lives and our Community Responder Groups across the county are real local heroes who do so much to keep us all well," Harris said.

"Please spread the word and see if anyone knows anything about the theft of this defibrillator and let’s try get it back."

The defibrillator that was missing in Louth has reportedly been found, but the one in Wicklow is still unaccounted for. 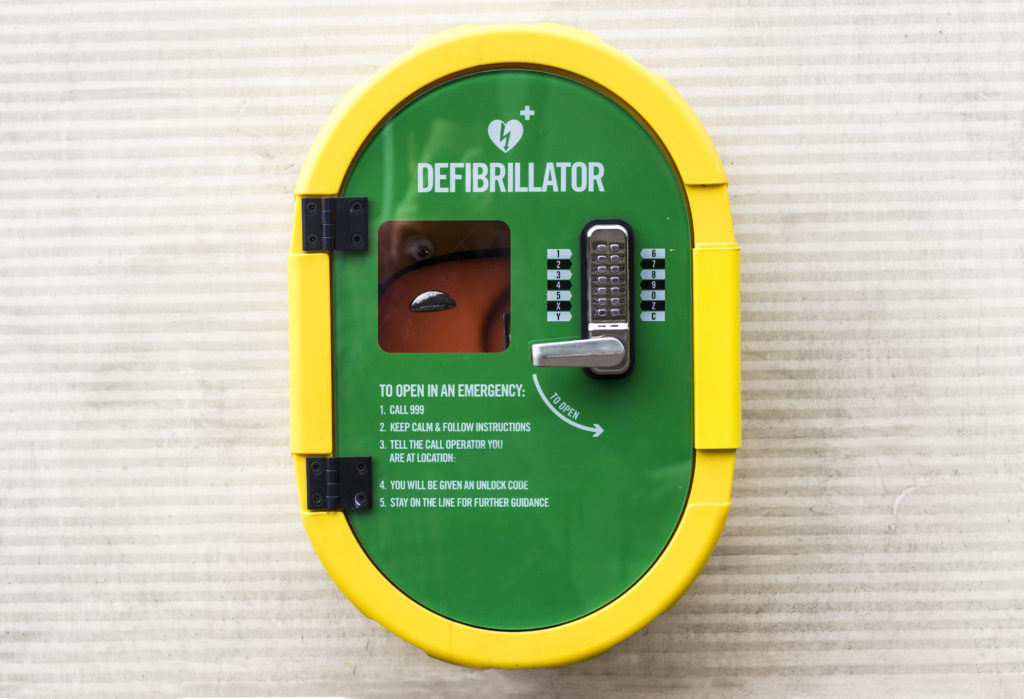 Emergancy defribulator mounted on an outside wall

In a statement, Community First Responders (CFR) Wicklow Town said: "This is a vital piece of emergency equipment that can save someone’s life. [It] was purchased in community spirit with the hope it could save someone in an emergency.

"It could be your mother, father, aunt, uncle, brother or sister that may need this one day."

The defibrillator in Louth was allegedly discovered "dumped" back at the site from where it was initially taken.

"It is a piece of equipment that can deliver an electric shock to a patient’s heart if they are in cardiac arrest," said Dr Menzies.

"Ireland has about 13 of these a day, outside of hospital environments, the chances of survival are completely time dependent, so there's two interventions that are proven to work, one is early CPR and Ireland is really good at that, we have a rate of over 80 per cent bystander CPR which is probably world leading.

"The second intervention is defibrillator and that's really effective within the first 10 minutes. So this is not something that the ambulance service or the health service on its own can solve.

"The cheapest defibrillator is just north of €1,000 plus VAT, they need to be kept in a heated cabinet as cold weather will degrade the battery. You're looking at €1500 for that community to replace this."