AS COVENTRY’S only Irish society today welcomed President Michael D Higgins to the region, they did so with jubilant faces and heavy hearts.

An unfortunate irony exists around this visit, where President Higgins and his wife Sabina met members of the vibrant West Midlands Irish community hub.

The truth is that Coventry Irish Society committee members are unsure whether their 21-year-old organisation will survive past July.

The President acknowledged the importance of the Irish community in Coventry – a worldwide centre for peace and reconciliation as well as a city built largely on the labour of Irish men and women.

despite this, after offering 20 years of support, Coventry City Council has pulled its annual £30,000 in funding from the city's Irish Society.

In the early 1990s, when a local authority health report found Irish people in Coventry die earlier than other communities in the city and the Irish in Ireland, Coventry’s Irish community quickly took a stand.

Thanks to the pioneering efforts of former Lord Mayor of Coventry, Co. Kildare man David Cairns, and two Irish-born local councillors, the council took note of the health inequalities being faced by the estimated 30,000-strong community in their midst.

Most of that community had made their way to Coventry in the 1940s and 50s to work in factories like the Triumph and Standard Motor Companies.

Happy to find employment away from their opportunity-lacking homeland, they put in the hard graft and long hours required while largely working ‘on the lump’ – a local term for cash in hand. 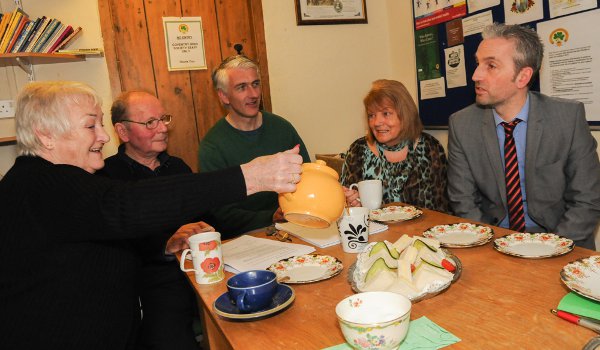 But the 1990s saw an ‘explosion’ of bad health and struggling pensioners among them, as years of heavy labour off the books left them with shocking health conditions and little or no pension provision nor registration with local services to support them.

For David Cairns, who retired from his work as a local councillor 11 years ago but remains Honorary President of the CIS committee, they are the hidden Irish who are most in need but widely unseen by many in Coventry – the men and women CIS has been serving ever since.

“These issues at the time were not without controversy, believe me,” he told The Irish Post.

“The Irish in Coventry who had done well here didn’t see the problem, but of course people who had worked on the lump and built the city, in terms of hard work and labour, were suffering.

“It was not just the men either, but the women as well who worked in the NHS and other spots,” he added.

“We had to get something done and petitioned the council to assist us.”

In 1993 a seed grant was offered alongside space within the council offices for the Coventry Irish Society to be set up.

That was followed by £30,000 in funding granted annually to cover the costs of running CIS, which has gone on to become a leading health, welfare and social services organisation for the Irish in Coventry and the West Midlands.

“When we set up we were inundated – people were crying out for the work we could do for them,” explains CIS Vice Chair Kay Forrest, who has been one of the driving forces behind the organisation since its early days.

“People were desperately in need – you wouldn’t believe what we found when we started going out into the community at the start.”

She added: “We started going into pubs and clubs, taking nurses and social workers in with us trying to help. What you find with the elderly Irish, me included, is that we are very private in a way, we don’t want anyone knowing anything, you just don’t want a doctor or anyone knowing. 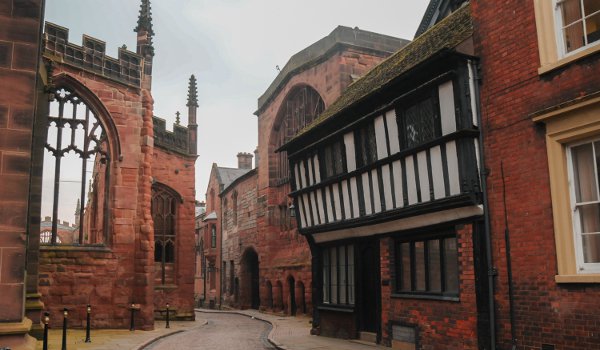 “We had so many people diagnosed with prostate cancer, lung cancer, all kinds of illness back then – but we got them out and we got them diagnosed and treated.

“That would not have otherwise happened. That is the work we have continued to do to this day but of course the workload has increased and we have also developed a very large survivors service which is the only one servicing the Irish specifically in the West Midlands.”

Unfortunately in 2013 – their 20th anniversary year – both their council funding and their survivors service funding was unceremoniously cut, leaving the future for CIS and the many hundreds of vulnerable Irish people it serves hanging in the balance.

They still receive funding from the Irish Government via the Emigrant Support Programme, but will not hear if their application for 2014 has been successful until July.

If unsuccessful they will be unable to continue to run the organisation, which currently has five full-time staff members, two part-time workers and a bank of 50 volunteers supporting their work across Coventry and the West Midlands.

Despite the concern that looms large in the cosy cottage setting of CIS offices in Hill Street, the committee refuse to give up the fight to keep their vital service alive.

As The Irish Post met with members ahead of today's Presidential state visit they were both excited to be a part of the historic occasion and hopeful that the international spotlight it will shine upon Coventry – as more than 100 members of the Irish community come out to meet their President at a special event hosted at St Mary’s Guildhall in the city – will offer a chance to share their plight with their community and ask for help to secure their future.

“Everyone is very excited about the visit,” Kay admits.

“It’s been so hard to keep it  secret for so long, as the Irish Government made contact to talk about the plans and guest lists months ago,” she explained.

“We have a fantastic line up for the date at the Guildhall – with everything from Irish dancing and music to poetry planned – and it’s going to be a fantastic afternoon.”

She added: “But it is a little strange of course to think of all the excitement we have, the fact that Coventry has been rightly recognised for its Irish community on this historic state visit and we’ll be there on the day, but who knows if CIS will even exist this time next year.

“It’s in the back of your mind at all times, is a worry and it will of course be hard to shake that on the big day.”

That said the ‘campaigning’ organisation hopes it can garner the support of the thousands of Irish people living in Coventry to secure a future for the charity.

“If you think about it if every one of them donated just £1 to our service each year we would have made up for the council cut to our service and it would in effect secure our future.”

She added: “We may not have been very good at sharing our issues with the wider Irish community in the past but we hope to change that now.

“It may only be the community who can help us now to secure the future for our organisation and the many people who are out there struggling who would not survive without our services.”

The Society also plans to petition the council to reverse their funding decision and engage in fundraising initiatives to allow the Irish community to come out and show their support for the organisation.

For further information or to offer your support for the Coventry Irish Society contact [email protected] or call 02476 256629.