Gardaí to receive 16,000 'spit hoods' following rise in cases of people being coughed, spit on

MEMBERS OF An Garda Síochána will this week receive 16,000 'spit hoods' to protect officers from the rise in people purposely spitting and coughing at members of the public and emergency staff.

There have been multiple reports from across the country of both teenagers and adults spitting or coughing on people, with Gardaí currently investigating three separate criminal incidents: two of which involve a Garda being coughed on, and one which involves a Dublin health care worker being spit on by an individual who later tested positive for coronavirus.

General members of the public have also fallen victim to the sick trend, and Minister for Health Simon Harris also revealed that two adults had come up and coughed on him on the street, saying that while the trend seems to be some sort of social media game "It's not a game. It's disgusting."

Now RTÉ report that Garda Headquarters have ordered thousands of these 'spit hoods' to protect staff, as well as ordering other Personal Protective Equipment (PPE) such as goggles, gloves, face masks and protective suit.

A spit hood is a mesh device which is placed over the head and face of a person to prevent them from spitting at an arresting officer-- see the image below. 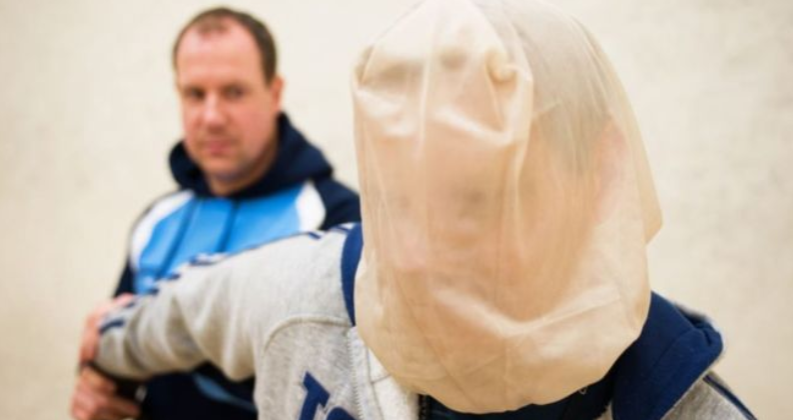 The use of spithoods has previously been condemned by human rights groups, most recently in the UK in February 2019, where the Metropolitan Police Commissioner announced that the hoods would be issued to frontline police officers.

Human rights groups disagree with the use of spithoods for several reasons, one being that that placing a spithood on a person's face requires the use of force by an officer.

Garda Headquarters have assured the public that the spit hoods will be a temporary measure for use by the Gardaí only while the coronavirus crisis continues.

Gardaí have told RTÉ that they are aware of multiple reports of members of the public being spat at or coughed on, and have urged people to report these attacks to the Gardaí so that they can be followed up on, rather than just writing about the incident on social media.

People are being asked to contact the Gardaí by phone or email if possible, rather than attending the Garda station.

Conor McGregor tells Sinead O'Connor he would 'die for her'